A 15-year-old boy has been found guilty of murdering a shopper who was stabbed after he challenged him for messing around in a supermarket’s toilets.

The jury convicted the youth of murder after hearing how 53-year-old Ian Kirwan was stabbed in the heart by the then 14-year-old youth, who was acting as part of a masked gang that was “terrorizing” the public in Redditch.

The Birmingham killer traveled with four other boys by train to the city of Worcestershire on March 8 last year, where Mr Kirwan was subjected to an attack that lasted minutes near the entrance of an Asda store.

The jury acquitted three of those other youths – two aged 14 and one aged 16 – of murder and manslaughter but found them guilty of violent disorder. 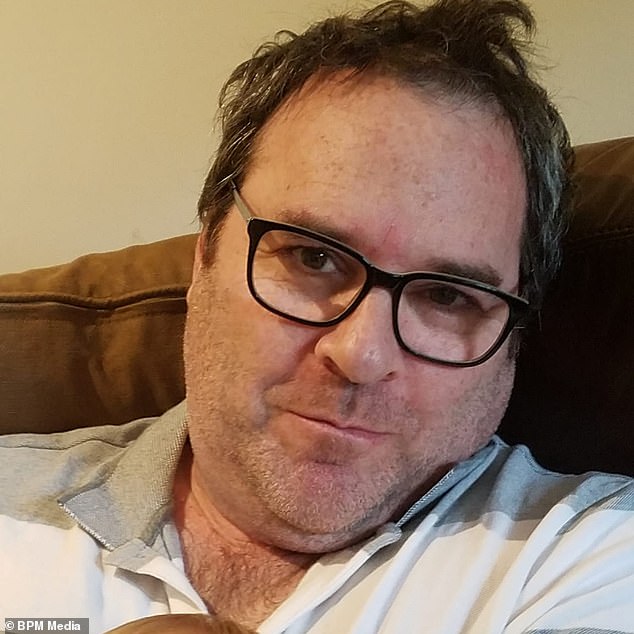 Ian Kirwan, 53, pictured, was stabbed to death outside an Asda store in Redditch on March 9

Police at the scene of the stabbing outside an Asda supermarket in Redditch, Worcestershire

A 14-year-old boy claimed he forgot he was carrying a knife when he stabbed Mr Kirwan. He claimed he had no intention of harming the Jaguar Land Rover worker

A fifth boy, aged 16, has been acquitted of murder, manslaughter and violent disorder after claiming he had no part in the deadly confrontation and could not have foreseen it.

In a 10-week trial at Birmingham Crown Court, Mr Kirwan, an artificial intelligence engineer who worked at Jaguar Land Rover’s Coventry headquarters, was told he was an “unfortunate member of the public in the wrong place at the wrong time”.

All those convicted will be sentenced in the same court on February 15.

High Court Judge Mr Justice Fraser said of the 15-year-old, who has been convicted of murder: “I know your solicitor has already explained this to you – you will be sentenced to a juvenile detention equivalent to life imprisonment.

“But I’m not going to impose that sentence (now) because I have to set the minimum term. I’ll do that on February 15th.

“They will be physically brought before the court on February 15.”

The youth, who appeared via video link to a secure unit, showed little reaction as the jury returned their guilty verdict by looking to the left and then down a floor before continuing to watch as other verdicts were made.

https://www.dailymail.co.uk/news/article-11648913/Boy-15-convicted-murdering-software-engineer-stabbed-chest.html?ns_mchannel=rss&ns_campaign=1490&ito=1490 15-year-old boy is convicted of murdering a software engineer who was stabbed in the chest