The 19-year-old driver killed little Gareth, three, in a hit-and-run after speeding through a 50km/h zone at 130km/h – then had dinner with his girlfriend’s family while watching Netflix

After killing a toddler in a high-speed hit-and-run, Devlin Bartholomew drove to his girlfriend’s house, had dinner with her family and watched Netflix.

It was only later that night, when media reports of the crash in a suburb of Perth prompted questions from his girlfriend about what caused the damage to his Holden Commodore, did the P-plater admit in a Snapchat message that he believed it was a boy to have hit.

Bartholomew, now 19, was sentenced to six years in prison on Tuesday after pleading guilty to manslaughter, failing to stop after an incident and reporting it to police. 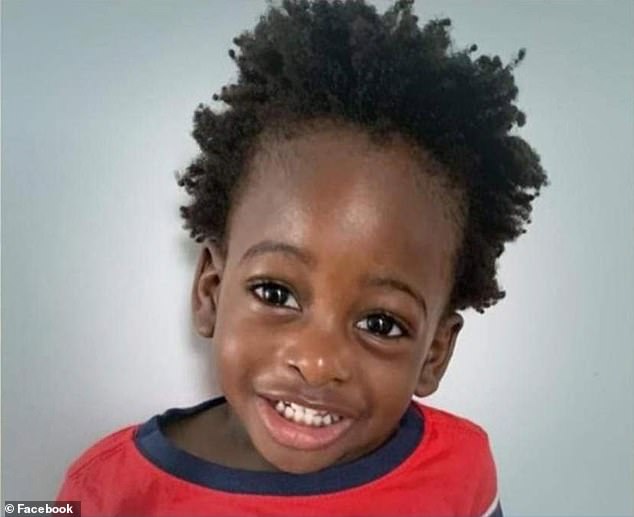 The Western Australian Supreme Court heard Bartholomew was traveling at more than 130km/h in a 50km/h zone when he hit three-year-old Gareth Tetteh as the boy was playing on his scooter outside his home in Aveley in the north east Suburb of Perth, last November.

Bartholomew failed to stop and help the boy and instead went to his girlfriend’s house after briefly stopping to inspect the damage to his car.

When he was arrested later that night after making a confession to his girlfriend and her parents, Bartholomew told detectives, “I didn’t think I was going to move so quickly.”

Gareth was described on Tuesday as a smart and cheeky boy who loved basketball and chocolate.

The court heard that Bartholomew (pictured), then 18, had no criminal record and was not under the influence of drugs or alcohol

Addressing the court in a victim statement, his mother Vera Tetteh said the family had “lost life’s most precious gift”.

“The sunshine of our lives is gone. His photos are all we have left,” she said.

The youngest of four children, Gareth’s parents had joked that one day he would become an NBA player or a Formula 1 driver.

His father, Bosco Tetteh, showed the court a pair of basketball shoes that they wanted to give Gareth for his fourth birthday.

The court heard that Bartholomew, then 18, had no criminal record and was not under the influence of drugs or alcohol.

His lawyer Tom Percy said the teenager was unable to explain his excessive speed other than citing the “novelty of his new car”.

In a police interview, Bartholomew estimated he was traveling at 40 mph, a claim Judge Joseph McGrath called “fanciful.”

“You killed a three-year-old boy because you chose to drive the vehicle the way you did … to fulfill your personal wishes,” the judge said.

Judge McGrath sentenced Bartholomew to six years and four months in prison and suspended his driver’s license for five years after his release.

He can be paroled after four years and four months.

The toddler’s mother, Vera Tetteh, addressed the court in a victim statement, saying the family had “lost life’s most precious gift” (pictured the scene of the accident).

https://www.dailymail.co.uk/news/article-11162501/Perth-teenager-killed-toddler-three-50km-h-zone-hit-run-watched-Netflix.html?ns_mchannel=rss&ns_campaign=1490&ito=1490 A Perth teenager killed a three-year-old toddler in a 50km/h hit-and-run zone – then watched Netflix