A woman awarded £19,000 by a labor tribunal after her sexist boss branded her “fat” and a “prostitute” may never receive a penny after his company went into liquidation and he “returned to his native Pakistan”. .

Aishah Zaman, 35, received the five-figure payout in October after being bombarded with derogatory comments and sexual advances by boss Shahzad Younas, 45, of textile company Knightsbridge Furnishing in East Kilbride, Scotland.

Younas, who is married, called the Glasgow woman “Motee” – Punjabi for “fat” – and said he wanted “slender, smart girls” in his office. He also urged Aishah to stop DJing at night as it was the “work of prostitutes” and offered to buy her a Mercedes Benz car, telling her “I fancy you.”

A labor court ruled in October that Younas and his company were jointly responsible for the sexual harassment and a £18,984 payout. But Knightsbridge was liquidated in early January, and Younas is said to be living in his native Pakistan, leaving sheriff’s officers limited powers to enforce a payout. 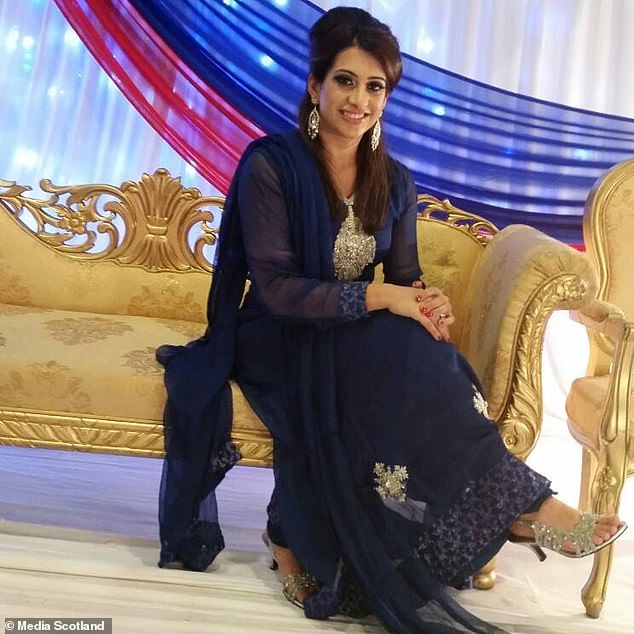 The disgraced businessman, who also lists himself on his LinkedIn as head of Knightsbridge Furnishing in Hungary and Juglo in Poland, is said to have failed to respond to legal inquiries on Aishah’s behalf.

Aishah’s legal battle has cost her over £10,000 and she doesn’t expect to see a penny of the compensation that is due to her.

She told the record: “It feels like a game he’s playing, just dragging it out. I feel played.

“I work day and night and throw everything I earn into this cause. I want to do it, but I can’t afford it.

“He runs his business from Pakistan and Budapest. He can do that from anywhere.

“But I know he sits back and laughs at me. Basically I lost and he won.’

The Record revealed last year how Younas sent Aishah a series of sexist texts, including one that contained a sexually explicit image of female genitals and told her “don’t break my heart”.

On a trip to the UK to visit his company, he even suggested that she clean his flat and unpack his suitcase and underwear as it was “women’s work”.

Aishah left in April 2020 after Younas called her an “idiot” and “a pain in the ass” during an argument at the South Lanarkshire premises.

He grabbed her arm with both hands and yelled, “I’m going to fuck you” – which she took as a threat to ruin her life. He told her to leave and not to come back, and he later sold the company.

Labor judge Russell Bradley said of the businessman’s behavior: “Messages suggesting a desire for a relationship related to her gender were undesirable and humiliating.”

Younas, who shares pictures of himself on social media alongside former Pakistani Prime Minister Imran Khan, later claimed Aishah embezzled £17,718 from the company and offered to drop the lawsuit if she dropped the case.

Mr Bradley called it ‘false’ with no ‘factual basis’, adding: ‘In our view the clear conclusion is that the false allegations were made about the protected act [reporting sexist behaviour].’

Aishah added: “People just have this mentality that I must have done something wrong for him to act the way he did, but the verdict was clear.

Aishah Zaman, 35, who was branded “fat” and a “prostitute” by her sexist ex-boss who said he wanted “slim, smart girls” in his office, has been awarded £19,000 in damages

Ms Zaman, from Glasgow, said Mr Younas was a ‘bully’ and ‘saw his employees as slaves’

Mr Younas later claimed Ms Zaman embezzled £17,718 from the company and offered to withdraw the claim if she dropped the case

“The system doesn’t feel strong enough for that. The court can make a judgment, but it cannot enforce it.

“He can sit and run his companies in any other country and he will continue as he is.”

Sameer Khan, Knightsbridge Furnishing’s last director, told The Record in October that the company had ceased trading in May 2022.

He added: “We are sorry as we are no longer in business and therefore unable to pay any claims.”

Younas, who previously denied knowledge of the court cases despite filing filings challenging Aishah’s case, did not respond to a request for comment. Knightsbridge Furnishing’s liquidators declined to comment, citing the early stages of the administrative process.

https://www.dailymail.co.uk/news/article-11644297/Shop-worker-awarded-19-000-boss-called-fatty-prostitute-not-receive-payout.html?ns_mchannel=rss&ns_campaign=1490&ito=1490 A shop worker was handed £19,000 after the boss called her ‘fat’ and a ‘prostitute’ and may not have received a payout

Jessica Chastain reveals she caught Covid at the Golden Globes