For Faiz Mammad, it’s been an agonizing few days of uncertainty as he and his family hide from the Taliban and reflect on “a lost year, when hope and security were replaced by fear and a life in the shadows.”

The 34-year-old former security guard at the front gate of the British Embassy in Kabul is “haunted” by memories of how the last RAF rescue planes exited the city’s Hamid Karzai International Airport at the end of the mass evacuation of thousands of Afghans without him, his wife and three children on board.

“We should have attended those flights,” he said bitterly, “there were tears of frustration and anger. We are living a desperate life now, hiding from Taliban revenge attacks because we are protecting the British Embassy and its staff, but we know that given the chance to start a new life in Britain, it could have been very different, it should. 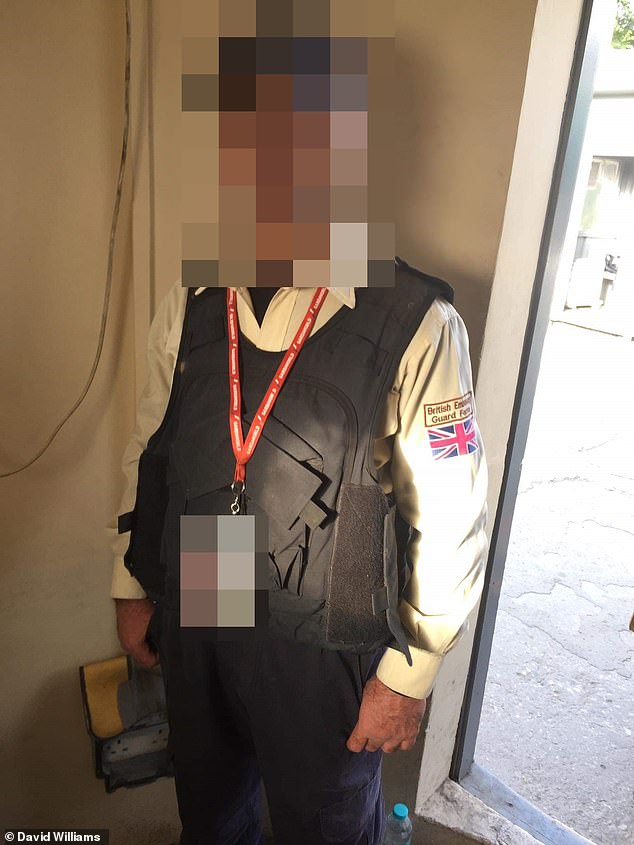 Ex-interpreter Mohammad Mirza and his children were on a bus to Kabul Airport last August after being given permission to move to the UK but were turned back over a bomb. A year later, they remain in Afghanistan, accusing Britain of abandoning them

“This week has been very difficult, painful, because it has been exactly a year since we watched from our window as the last planes flew out of our city, abandoning us to our enemy when we should have fled with the British.

“Instead we were left to an enemy that Britain and the US could not defeat and if they find us the Taliban will want revenge – we will be punished and we don’t understand why we are still here. It is extreme cruelty.”

Faiz, who worked for Britain for almost a decade, and more than 170 of his colleagues at the embassy caused this week to mark the anniversary of the end of the RAF’s Operation Pitting, which flew 15,000 Afghans, including some of their colleagues, to safety while fearful they struggle to understand why they were not considered for refuge when they once were.

Like his colleagues last August, Faiz had received a call from British officials urging him to take their families to a meeting point in the city.

They said they were told their evacuation had been approved under Britain’s flagship Afghan Relocations and Assistance Policy (ARAP), they had been “called forward” and were being taken to the airport in a fleet of buses to be rescued by the British to be processed and then taken on RAF flights to the UK.

It was August 26, a date that Faiz says is “burned into my heart.” He said he knew there were just four days left for those working for the UK to be saved before the airport closed to international flights.

“We waited on the buses, saw planes take off, the Taliban watched nervously – sometimes they fired shots in the air or grabbed people from cars and hit them – but we counted our turn,” Faiz said.

“Then, after about two hours, one of our senior officers received a call NOT to proceed to the airport because there was information that a suicide bomber was in the crowd trying to get through the crowd and into the heart of the evacuation. We were so close, it was painful…’

They should all return home, the order said, and wait to be called back to the front once the alarm was over.

Faiz and his family heard that afternoon how the bomb went off on the outskirts of the airport, killing more than 180 people, including 13 US military personnel, and injuring 150.

The suicide bomber also killed their hopes of escape and a new life. He and his family are still in Kabul, hiding desperately to stay ahead of the Taliban, embittered by what he sees as a “betrayal” by the UK.

Incredibly, Faiz, like many others on the buses, was eventually told that he was actually no longer qualified under ARAP because he had been employed through contractor GardaWorld. This meant that he was not directly employed in the UK and therefore did not qualify for relocation.

Faiz, who has pictures with British diplomats, including ambassadors, is baffled how a security guard who has worked for four months was allowed to enter the UK under ARAP when he and his colleagues were not.

He and the others have now re-applied under the Afghans Citizens Resettlement Scheme, which will provide a path for 20,000 people over the next four years. They say they heard nothing.

In recent months, the Taliban have increased house searches. Those who worked with Britain – many are waiting to hear if they can move – have been killed, arrested, beaten and tortured. Among them are seven members of Afghan special forces who have been detained over the past month and a former interpreter.

Former embassy translator Mohammad Mirza, 33, was another who waited with his wife and five children on a bus at the edge of the airport to be called to a flight.

Faiz, a former British embassy security officer in Kabul for nine years, is pictured in uniform

He said: “To be so close to freedom and then not making it was heartbreaking and depressing, being stuck here and still living a life of need struggling for food and afraid of every knock (on the door). , is cruel of Britain.

“I’m in real danger because of my work for Britain, people in my own village call me a ‘spy’ and ‘lover of the infidel’ but I feel like I’ve been forgotten. Why am I still here a year after my escape? Why is my family being punished?

“My brother was arrested by the Taliban from our family when they were looking for me, they held him for 40 days and beat him. They kept asking, “Where’s your brother who worked for the British?” He said he didn’t know and thought I fled the country. You will keep asking my family.’

Mohammad is the only one of 24 interpreters who worked at the embassy who did not flee to the UK.

He’s baffled at how he qualified for a new life in the UK a year ago but is still waiting to hear if he qualifies a second time.

Mohammad added: “The Taliban had access to the details of all the interpreters, the guards and their IDs. “They (Taliban) searched many of our homes but we hid so they didn’t find us, they say we are ‘traitors to Islam’ and if they find us they will kill us. We don’t understand why we are still waiting when we are being targeted because of our work for the UK.”

dr Sara de Jong, a lecturer at York University Law School and a founding member of the Sulha Alliance, who has highlighted the cases of those who have worked for the UK and have been left behind, has criticized the ongoing delays in deciding GardaWorld cases.

She said: “We raised the plight of the Embassy Guard back in early August 2021, prior to the Taliban takeover. We are therefore very aware of how long GardaWorld contractors have been waiting to move.

“The failure to evacuate them last year is squarely the fault of then Secretary of State Dominic Raab. Nonetheless, GardaWorld contractors were forced to apply for relocation again this summer. They haven’t heard anything since the application deadline.

“Their desperation is growing every day, as we see in the emails and messages we receive. It is now imperative that the FCDO communicate a decision on their cases and that no staff are barred from resettlement. They’ve been left in limbo for far too long.

Hundreds of desperate ex-military interpreters are still stranded in Afghanistan more than a year after the Taliban invaded Kabul. Pictured: Taliban fighters celebrate a year since they seized the capital

The Government has said that applications under ACRS in its first year will continue to be given priority to those who have worked for GardaWorld and the British Council, as well as Chevening alumni.

Meanwhile, more than 6,000 Afghans remain in Afghanistan, including hundreds of interpreters who have worked with British troops and the government and who are eligible to be relocated to Britain under ARAP.

A team of 91 Department of Defense employees is still working through applications, of which an estimated 82,000 are asking for help under ARAP. The vast majority do not meet the criteria for having worked with British forces for the Foreign Office.

https://www.dailymail.co.uk/news/article-11173797/Afghans-protected-UK-officials-say-theyve-let-British-government.html?ns_mchannel=rss&ns_campaign=1490&ito=1490 Afghans protecting British officials say they have been abandoned by the British government