Almost half of voters don’t know what Keir Starmer stands for, despite Labor’s commanding lead, the poll shows

By Kumail Jaffer, Political Reporter for the Daily Mail

Almost half of voters still don’t know what Sir Keir Starmer stands for, a poll shows.

Although the polls gave Labor a substantial 12-point lead over the Conservatives in the polls, only 46 percent of voters were aware of the party leader’s political values. The Savanta ComRes poll found that only a third of the public was aware of Sir Keir’s policies.

Another bombshell poll by the same pollsters had positioned Labor for a comfortable 56-seat majority in the next election — 353 seats to the Conservatives’ 211, as the “Red Wall” seats won by the Tories in 2019 were returned. It found that 35 per cent expect to see Sir Keir at Downing Street in the next election, while 47 per cent think it is unlikely.

The results left Labor front benchers optimistic about their chances. 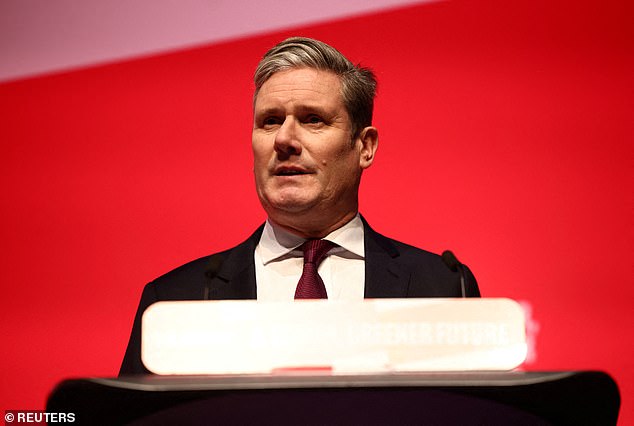 The leader of the Labor Party spoke at the UK Labor Party’s annual conference in Liverpool yesterday. Almost half of voters still don’t know what Sir Keir Starmer stands for, a poll shows

“After our defeat in 2019 it looked impossible. But it’s possible. We’ve done it before and we can do it again.’

She added: “The route to Downing Street is through all the seats I mentioned before, but if we want a Labor majority we also have to go through Dudley, Blackpool and Uxbridge. And there is no Labor majority without victories in Scotland and Wales.’

The constituency-by-constituency analysis, which showed the Tories lost 146 seats, suggested parts of the ‘Red Wall’ seats first won by Boris Johnson in 2019 could return to Labour, as could Mr Johnson’s own constituency of Uxbridge and South Ruislip.

https://www.dailymail.co.uk/news/article-11248957/Almost-half-electorate-doesnt-know-Keir-Starmer-stands-survey-shows.html?ns_mchannel=rss&ns_campaign=1490&ito=1490 Almost half of voters don’t know what Keir Starmer stands for, a poll shows