Scottish tennis champion Andy Murray has fueled the debate over unpaid ball kids at the Australian Open after tired-eyed children were forced to work until after 4am without pay on Thursday.

Ball kids at the Australian Open must dodge serves at over 125mph and endure the scorching Melbourne heat without earning a dime, despite being paid their peers at other Grand Slam events. 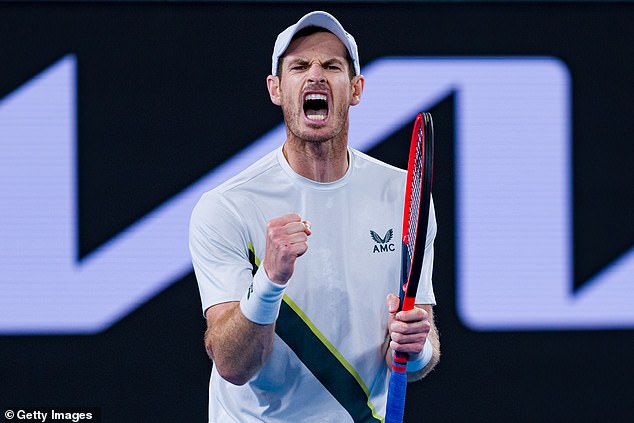 Murray (pictured during his win over Thanasi Kokkinakis) vented about the treatment of the ball kids at the game, which didn’t finish until 4.08am

The clock reads 4am during the game between Murray and Kokkinakis as a ball kid patiently takes her place, ready for the next serve

Now they can add all-night work to their workload.

Murray, 35, turned back the clock to dig deep and find his best form against Australia’s Thanasi Kokkinakis.

The Brit was two sets down and was staring down the run from a break point in set number three before rallying to complete a memorable five-set win over local hope.

The lengthy game didn’t start until around 11pm AEDT and Murray said it was unfair to the unpaid child laborers.

“We talk about it all the time. It’s been talked about for years. If you start the night games late and you have conditions like this, these things will happen.

Many fans agreed that matches at the Australian Open should start earlier.

“Probably the biggest game of the night and they start at 10pm. The big games like this should be moved to the 7pm start times. A fan posted.

“It’s ridiculous that it even started around 10pm or whatever it was a bad decision Tennis Australia! Plan a reserve day for delays, it’s not rocket science,” said another.

“Tired…big games should start earlier. The organizers know which games could go ahead. Great match on this one though,” added another.

Ball kids are expected to clean up spills, collect the balls, dodge 125 mph serves and endure the Melbourne heat – all for free

A GoFundMe page was set up on Friday morning with the intention of raising $25,000 which will be sent directly to Tennis Australia for distribution to the ball kids.

While there were many fans who sympathized with the youngsters, there were others who said late nights were part of the experience of interacting with the sport’s biggest stars.

“If I had been a ball kid back then I would have loved to have had a front row seat to a great game that lasted 6 hours. Don’t want to even want a dime for it. What a story to tell your buddies at school later after the school holidays,” replied one fan.

Despite calls from fans and some players, including Murray, to change the schedule, Tennis Australia boss Craig Tilley said it was unlikely.

“At this point there is no need to change the schedule,” he said on the Today Show.

“We’ll always look at that when we do the (tournament) debriefing – like every year.

“But at this point we need to fit those games into the 14 days so you don’t have a lot of options.”