Andy Murray is put into the FIFTH SET by Matteo Berrettini as the resurgent Briton, 35, slips the two-set lead against the 13th seed at the Australian Open

By Will Griffee for Mailonline

Andy Murray has led Matteo Berrettini to the fifth set in a thrilling match at the Australian Open.

The 35-year-old turned back the years and raced towards a two-set lead to take command of the game, winning both 6-3.

With temperatures soaring leading to a grueling fight, Berrettini hit back to win the third and then pushed away a tie break 9-7 in the fourth. 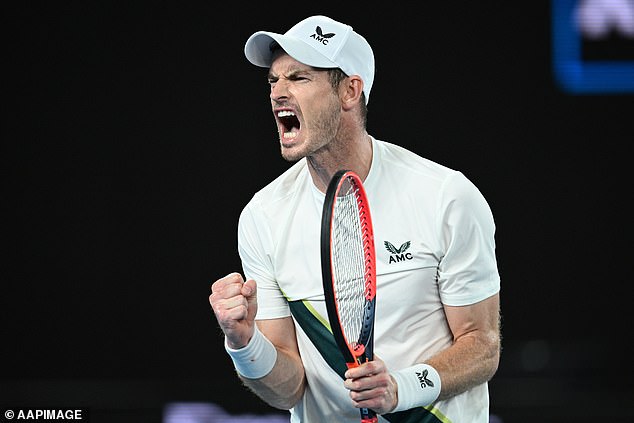 It had looked like Murray was on course to victory, being two points away on multiple occasions in the fourth set tiebreak.

But it was the Italian who prevailed in front of an enthusiastic Melbourne crowd.

Murray gave Berrettini little to work with in game four and his body language was positive throughout, but the younger man showed his class to force a deciding set.

Murray went into the match with a lot of confidence, despite knowing that his path through the tournament would be littered with big names as he is unseeded.

Berrettini was a difficult draw to begin with, but Murray showed why he had previously won 49 games at the Australian Open in two superb opening sets.

He would never do it all alone and the 26-year-old from Rome managed to force the crucial fifth place.

https://www.dailymail.co.uk/sport/tennis/article-11643211/Andy-Murray-taken-fifth-set-Matteo-Berrettini-Australian-Open.html?ns_mchannel=rss&ns_campaign=1490&ito=1490 Andy Murray was led into the fifth set by Matteo Berrettini at the Australian Open