A government push to switch appliances from gas to electricity has sharply divided opinion in the hospitality industry, with some criticizing the huge cost and impracticality of phasing out gas stoves.

The reaction comes after Prime Minister Anthony Albanese agreed to a deal with the Greens to switch homes and businesses so Australians use “cleaner and cheaper appliances”.

The move also follows a US study that linked pollutants from gas stoves to asthma.

In the last state election, the Greens in Victoria also campaigned for gas connections to houses in the states to be banned from 2025. 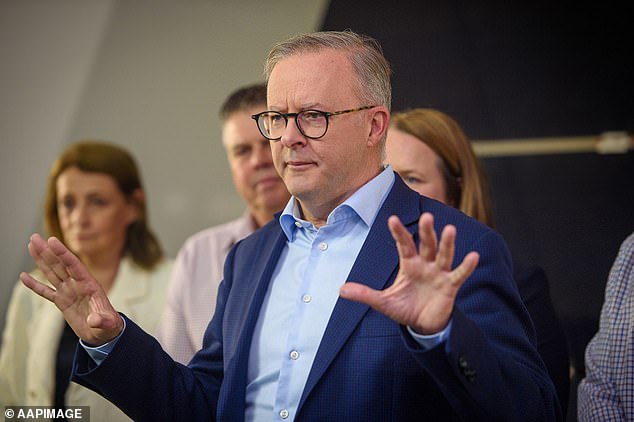 Wes Lambert, vice chairman of the Australian Foodservice Advocacy Body, slammed the plan, telling The Australian that if they were already making it difficult, restaurants moving to electric would cost millions.

“If restaurants are forced to remodel their kitchens due to skyrocketing gas prices, the cost could run into tens of millions, if not hundreds of millions of dollars,” he said.

“Everything has to be fast in a kitchen, so it’s crucial that you have gas that you can adjust in a second to cook quickly for service,” she said.

“Plus, actual fire lets you manipulate ingredients, just like charring things directly on a flame gives you a completely different flavor than indirect heat.”

But Adam Hall, Executive Chef of Flying Fish at The Star Sydney, says while gas was great for cooking at high temperatures, it was time for establishments to switch to electric.

“I’m 100 percent for it – gas is old school. With sustainability so much of a focus, it should be a key focus for every business and household,” he told Daily Mail Australia.

“Also, anything that makes a chef’s life easier is music to our ears, especially when the industry is still struggling with staff shortages.”

Mr Hall said many kitchens are already using “electric induction cooking” because it’s “quick to heat up, safer for staff and super easy to keep clean”.

Mark Munro, who works for a food manufacturer and has over 20 years’ experience as a chef, said there were certain “benefits” to using electrical appliances, such as renewable energy.

But he explained that changing the equipment “would raise a number of issues, apart from the impact on how restaurants prepare food”.

“Good quality electrical appliances are expensive, and parts replacement and maintenance can often be significantly more expensive than gas appliances, which are much simpler by comparison,” he said.

Mr Munro said the most effective replacement for a gas range is an induction hob.

“Induction cooktops are very expensive, and in a commercial kitchen the 6-10 gas burners you’re replacing would cost tens of thousands of dollars, perhaps a good investment but prohibitively expensive for most small businesses,” he said.

“I’ve worked with amazing equipment for resorts and hotels, but when it comes to small restaurants I’ve had amazing results using vintage gas stoves and charcoal grills.

“If you add to all this the repair costs in the unavoidable event of damage, replacing gas stoves in commercial kitchens becomes unfeasible.”

Former chef Mark Munro said that changing the equipment “would raise a number of issues, aside from the impact on how food is prepared in restaurants” (stock image).

The debate over gas stoves comes after a recent study in the US found pollutants from gas stoves can trigger asthma attacks and other respiratory illnesses (stock image).

The debate over gas stove replacement comes as a recent study in the US found pollutants from gas stoves can increase asthma rates and worsen symptoms.

The peer-reviewed study, published in the International Journal of Environmental Research and Public Health, says gas stoves in American kitchens account for about 12.7 percent of childhood asthma cases nationwide.

Gas stoves emit significant amounts of nitrogen dioxide, carbon monoxide and formaldehyde, which can trigger asthma and other respiratory diseases.

It comes days after Asthma Australia released a report that found 48 per cent of Australian households used gas cooktops and that cooking with gas contributed to the country’s “child asthma burden”.

“It is estimated that cooking with gas is responsible for up to 12 per cent of the asthma burden in children in Australia, which is comparable to the risk of exposure to tobacco smoke at home,” the analysis reads.

The report revealed that exposure to gas pollutants can lead to the development of asthma and that a third of Aussies with asthma and allergies had worse symptoms at home.

A 2018 Australian study also found that 12.3 percent of childhood asthma cases were linked to toxic chemicals and carcinogens released from gas cooking appliances.