Calls for massive childcare changes that will save families $11,000 a year – so how much will YOU benefit from the policy?

Anthony Albanese is facing calls to bring forward his cheaper childcare policy, which could save families up to $11,000 a year.

But the policy – which will benefit the economy and gender equality by allowing women to work more – will not come into force until July 2023.

The government is facing calls to bring the move forward to January, an idea backed by new “blue-green” MP Zoe Daniel at Thursday’s Jobs and Skills Summit.

“The government’s childcare policies must be brought forward,” she said. 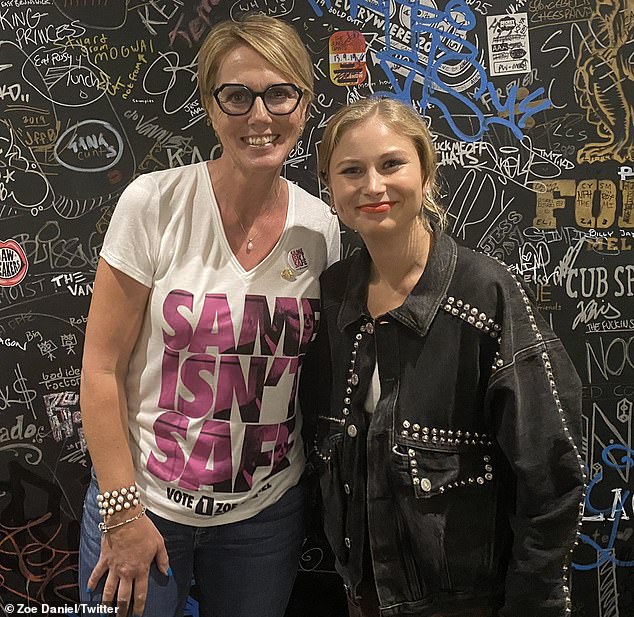 The government is facing calls to bring the move forward to January, an idea backed by new “blue-green” MP Zoe Daniel (left with Grace Tame) at Thursday’s Jobs and Skills Summit

How much could you save under Labor’s childcare policy?

The government has so far halted requests to move forward with the policy, citing pressure on the budget with nearly $1 trillion in debt.

But Ms Daniel said that argument makes little sense given Labor’s pledge to keep Stage Three tax cuts due in 2024 and costing $244 billion over 10 years.

As part of Labour’s childcare policy, the government would remove a cap preventing families earning more than $189,390 from receiving more than $10,560 in subsidies a year.

The government has rejected requests to advance the policy, citing pressure on the budget with nearly $1 trillion in debt

A $189,390 family using childcare five days a week would instead receive $21,608 in grants, more than double the current allowance.

Lower-income families would also benefit from higher grants. For example, a family that takes home $80,000 a year would receive an additional $2,389 a year for full-time care.

Ms Daniel – a former ABC journalist – also called for the Fair Work Act to be amended to make workers more likely to be given flexible arrangements.

“An application can be made at this time, but there is no appeal mechanism,” she said.

“We need 26 weeks of paid split parental leave,” she said.

This table shows Labor’s increased subsidies based on income. It hopes to bring these in and also conduct a productivity review for a universal subsidy of 90 percent

Collins Trucks driver drives into a flock of sheep in Adelaide