More than 300,000 migrants are about to arrive in Australia – putting even more pressure on homes, hospitals and schools

Anthony Albanese’s government is expected to welcome 300,000 migrants to Australia this year – raising fears of increased pressure on housing, hospitals and schools.

Treasurer Jim Chalmers conceded that October’s budget forecast of 235,000 migrants is likely to be dwarfed as severe labor shortages attract foreign workers to the country.

The government has also worked to close the huge visa backlog and make the country even more attractive to migrants.

It will prioritize the processing of visa applications for qualified professionals through 2023, and will also introduce post-graduation labor rights and unlimited work hours for international students.

“We have serious skills and labor shortages in our economy that act as a handbrake.”

Angela Knox, Associate Professor of Labor and Organization at the University of Sydney, told Daily Mail Australia the influx of migrants could cause serious problems in the short term. 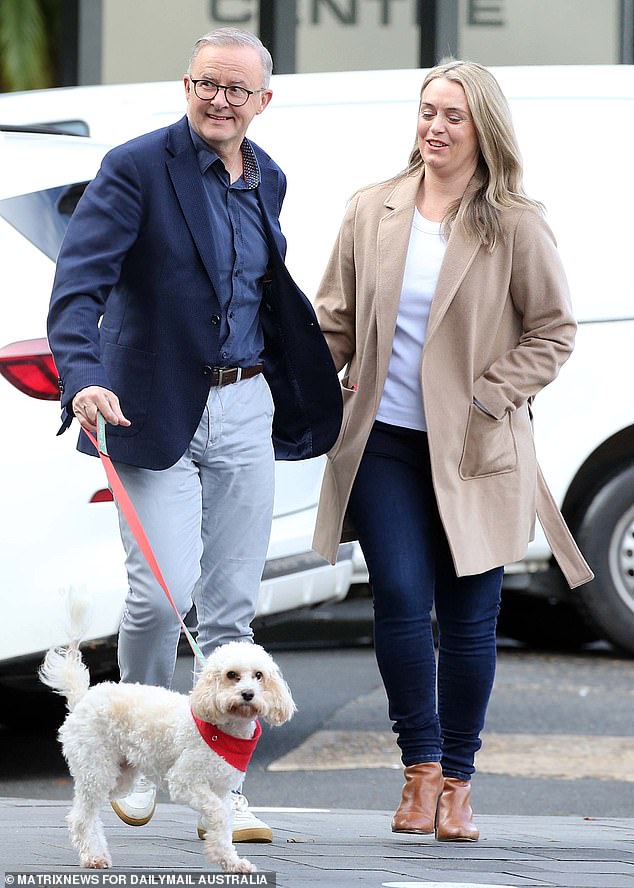 Do you support more skilled migration to alleviate labor shortages?

“In the short term, this would put additional pressure on homes, schools and hospitals that are already struggling,” she said.

She also suggested the total number of migrants could surpass 300,000 – but warned the government must keep an eye on the local labor market.

“The government is aware of the tensions between the domestic labor market and the introduction of migrant workers and the possible consequences.

“The government is also very aware that it will not use temporary migrant workers as a substitute for skill development and training needs in the local labor market.

“So they’re going to be watching closely what’s happening and making adjustments based on that.”

dr Knox also warned that the government must ensure the current visa backlog is addressed.

“It will be really important to ensure that there are sufficient staff and workflows in place to enable efficient visa issuance and issuance of visas. We don’t want this gap to get any worse.

“So there will be a response that is needed to ensure this is an efficient process.”

However, she also said that increasing numbers of migrants could eventually help address the problem.

A total of 365,900 temporary visa holders left the country between 2019 and 2021 after then-Prime Minister Scott Morrison ordered them to leave the country

“These problems are already emerging and we need to take action to solve them,” she said.

“And one way to do that very directly is to take in migrants on a temporary basis. That way we can address the existing problems that we have.”

Immigration expert and former deputy secretary of the Immigration Service, Abul Rizvi, said the 300,000 migrants this fiscal year were being driven by a surge in visa applications for international students in 2022 and a large excess of visitors.

“The excess of visitor arrivals minus the number of departures is the biggest difference we’ve ever had,” Mr Rizvi told AFR.

A total of 365,900 temporary visa holders left the country between 2019 and 2021 after then-Prime Minister Scott Morrison ordered them to leave the country.

Since the beginning of 2022, around 220,000 temporary visa holders have entered the country with applications to be processed.

There is a backlog of 872,000 visa applications awaiting government approval and another 2.22 million submitted since June 1.

https://www.dailymail.co.uk/news/article-11642253/Anthony-Albaneses-government-set-open-floodgates-300-000-migrants.html?ns_mchannel=rss&ns_campaign=1490&ito=1490 Anthony Albanese’s government wants to open the floodgates to more than 300,000 migrants