Labor’s Attorney General was revealed to know nothing about his government’s flagship Indigenous vote for Parliament policy after he was forced to answer a fundamental question by reading a colleague’s tweet on live TV.

Mark Dreyfus, who appeared on ABC TV’s 7.30am show Monday night, was asked about the Indigenous voice in Parliament by chief political correspondent Laura Tingle – and looked at his phone 21 times in just one minute while answering her questions.

What he did was read almost word for word from a series of tweets posted by his colleague, Indigenous Australian Minister Linda Burney, on Sunday evening.

And at no point did Mr Dreyfus state that he read from notes or credit Ms Burney with writing the content he used. 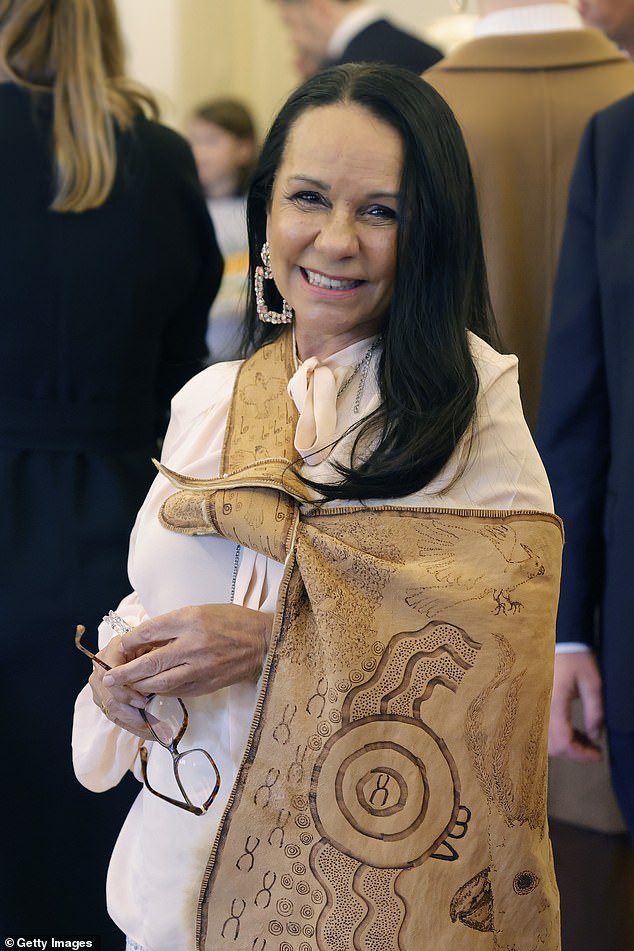 And at no point did Mark Dreyfus suggest he was reading from notes or attributing to fellow actress Linda Burney (pictured).

“It seems the art of copying has found its way to Canberra,” 2GB breakfast host Ben Fordham said Tuesday morning as he exposed the attorney general.

“When asked about the lack of details (about the indigenous vote in Parliament), Mark Dreyfus kept glancing at the desk…

“Mark Dreyfus, the country’s chief justice officer, practically read word for word from a tweet written by someone else.

“He stole someone else’s homework.”

Fordham told his listeners that Ms Burney posted tweets about the voice on Sunday night, setting out her thoughts as bullet points.

“In one tweet she had three points. Point 1 – Linda Burney wrote: “The Voice will provide independent advice to Parliament and Government.”

Fordham then played a clip of Mr Dreyfus saying the same thing word for word.

Ms Burney’s second point said, “The voice will be chosen by First Nations people based on the desires of local communities.”

Mr Dreyfus said the almost identical “It will be chosen by the First Nations people based on the desires of the local communities.”

Do you understand the indigenous voice in Parliament?

Ms Burney’s third point said: “The Voice will be representative of the Aboriginal and Torres Strait Islander communities.”

Mr Dreyfus said on ABC that “it will be representative of the Aboriginal and Torres Strait Islander communities.”

Fordham wasn’t impressed: “Mark, you’re not even trying. It’s all copied directly from a social media post by your colleague Linda Burney.

They were: 4) The Voice will be empowering, community-led, inclusive, respectful, culturally informed, and balanced. The youth will be there too.

5) The voice will be accountable and transparent. 6) The Voice will work with existing organizations and traditional structures.

At 7.30am, Mr Dreyfus recited these lines almost verbatim, making the points in exactly the same order, and also did so using words from a third tweet sent by Ms Burney.

“If this was a college assignment, he would be accused of plagiarism and get a 5,” Fordham said.

“Mark Dreyfus, you have been arrested for apparent copying.”

Fordham added that 7.30 presenter Laura Tingle should have called Mr Dreyfus about the copying.

Daily Mail Australia have reached out to both Mr Dreyfus and Ms Burney for comment.

https://www.dailymail.co.uk/news/article-11642385/Attorney-General-Mark-Dreyfuss-read-colleagues-TWEET-TV-asked-Voice-Parliament.html?ns_mchannel=rss&ns_campaign=1490&ito=1490 Attorney General Mark Dreyfuss was reading his colleague’s TWEET on TV when asked about “Voice to Parliament.”