Up to 30 Australian Post offices across the country will close their doors as demand for online services surges and in-person customer visits dwindle.

The state-owned corporate giant confirmed plans to close dozens of metropolitan stores are underway, with locations expected to be announced shortly.

Australia Post is looking at where it can cut costs after recently announcing a $255 million loss in its mail business for fiscal year 2021-22, according to internal sources.

Employees affected by the closures will be relocated to company post offices.

“The pandemic and rapid growth in the use of online services has resulted in a significant drop in customer visits to most post offices,” Australia Post said in a statement. 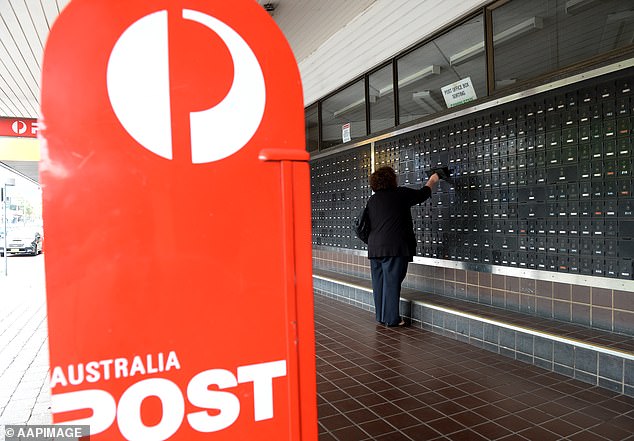 “While no final decisions have been made, there are a small number of mainly metropolitan post offices with very low and declining footfall, expiring leases, or building damage that are currently under review.”

The company has reassured Australians that branches in regional and rural Australia will not be affected by the closures.

“Australia Post currently operates or licenses more than 4,000 post offices across Australia, which is a larger network of branches than the major supermarkets,” the company added.

‘We are constantly reviewing the number and location of post offices to meet consumer demand or to resolve real estate-related issues.’

Australia Post posted a loss of $255 million in its mail business, while parcels and services accounted for $7.2 billion in revenue, up 11 percent year-on-year

The Communications Workers Union is set to meet with Australia Post bosses in Sydney next week to discuss the closures.

The news comes a week after Australia Post announced record revenue of $8.97 billion for fiscal year 2021-22.

Around $7.2 billion in revenue was generated from packages and services, which were driven by Covid lockdowns in Sydney and Melbourne last year.

Australia Post has also submitted a proposal to the Australian Competition and Consumer Commission to increase the price of postage stamps from $1.10 to $1.20.

If approved, the 10 percent increase would take effect in January 2023 and would be the first price increase in three years.

https://www.dailymail.co.uk/news/article-11171081/Australia-Post-close-30-outlets-metropolitan-areas.html?ns_mchannel=rss&ns_campaign=1490&ito=1490 Australia Post is closing up to 30 metropolitan branches as online demand surges

'This is heaven': Jennifer Lopez describes lavish wedding to Ben Affleck as she shares new photos

EDEN CONFIDENTIAL: 'Cancelled' David Starkey is unrepentant as he takes on the trans lobby