An Australian teenager was strip-searched and held in a US federal prison for 10 days, eight of which were held in a cell over a minor visa issue.

Cameron Carter, 19, had been looking forward to his first flight but had no idea what difficulties awaited him when he arrived in Honolulu, Hawaii on August 15.

Mr. Carter had been booked on three connecting flights to come to Powell, Wyoming to visit a friend and apply for a job as an apprentice mechanic.

But he never got beyond Honolulu and was denied contact with his family in Bathurst, in central west NSW, throughout his stay.

As soon as officers began asking questions about employment in America, he knew he was in a tough spot, and by the time he was finally arrested, he was so stressed he didn’t eat for eight days. 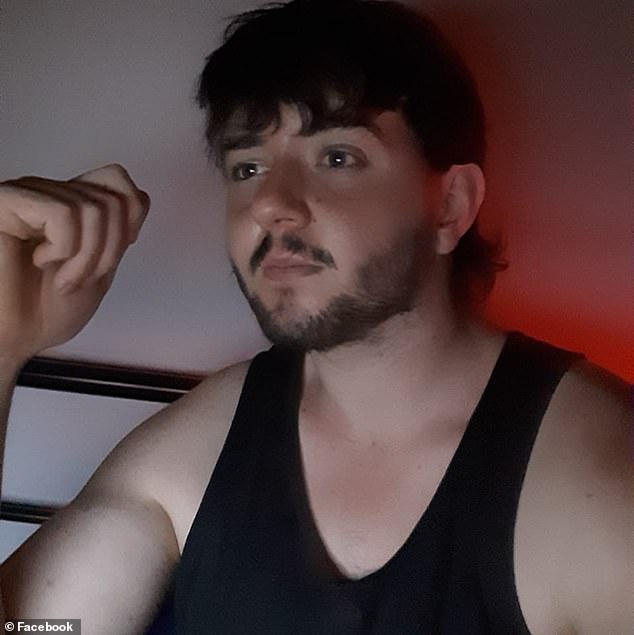 He was traveling on a visa that allows Australians to stay in the US for up to 90 days for vacation or business meetings.

The visa program allows holders to “consult business colleagues” and “negotiate a contract,” but “employment” and “permanent residence in the United States” are not permitted.

After telling customs officers about his interview and that he was hoping to live and work in America, he was abducted for an interview with immigration officers.

He had booked a return flight to Australia for October 14 and had $1,400 in his bank account, which was enough to make ends meet in the US as he would be staying with friends.

An immigration officer spoke to Mr. Carter’s friend in Wyoming, who confirmed he would be staying with her.

Despite this, he was told he could not enter the US “as you have not overcome the presumption that you are an intended immigrant,” the Guardian reported.

The official informed Mr. Carter that he had stated that he intended to enter the United States to live and work permanently.

As soon as officials began asking questions about employment in America, Mr. Carter knew he was in a difficult position. Pictured: Los Angeles Airport

Mr Carter was due to remain in an immigration detention cell for two days before being sent back to Sydney on August 17.

Instead, he was held in a two-person cell in the prison’s special unit for eight days.

The only water came from a broken bubbler on top of the toilet and food was delivered to the cell door.

“You would have to use a hand or something to get water out because they never provided cups or any type of container,” he said. “I haven’t eaten anything for eight days.”

Cameron Carter (front) is pictured with some of his family members in Bathurst, Central West NSW

His family in Bathurst expected a call from him that he had arrived in Honolulu, but instead received a call from the Australian consulate.

His mother, Benetta Carter, said the consulate could not tell her anything other than that he had been arrested and that she was not allowed to speak to her son.

When Ms. Carter asked for a welfare check, the consulate received a transcript of the taped conversation with US immigration officers.

On Wednesday 17 August, Mr Carter received a call from the Australian Consulate to say they had contacted his parents and that he would appear before a judge on Friday to confirm his willingness to return to Australia.

On Friday, the hearing was postponed to Monday 22 August.

Cameron Carter cuts a birthday cake. Despite his deportation to Australia, he still wants to work in America

The hearing was convened because he told immigration officers he had a “little bit of anxiety” about going home because he had “wasted money on tickets” and was “in a lot of stress… I would be lectured by my own family.”

This was misinterpreted by US immigration officials as Mr. Carter resisting deportation, resulting in a delay in the hearing.

His mother said the immigration officer may have been having a bad day and “came up against him automatically”. I think his dad’s almost white with stress.”

Mr Carter spent two days among the prison’s general population and still had no contact with his family after prison staff gave him a phone that didn’t work.

He had been told he would take a direct flight from Hawaii to Sydney.

But he was put on a flight to Melbourne, 750km from his home in Bathurst.

Another passenger let him use his phone after landing in Melbourne and was able to book a flight to Sydney to be picked up by his parents.

Remarkable Mr Carter still plans to return to the US “with better papers.”