‘He will have a great future at our club’: Ben Chilwell praises Wesley Fofana as Chelsea’s new £75m defender impresses with ‘brilliant performance’ in debut win over West Ham

Ben Chilwell believes Wesley Fofana has a bright future at Chelsea and has praised his quick integration into Thomas Tuchel’s plans.

Defender Fofana made his debut for the Blues in Saturday’s 2-1 home win over West Ham after completing a £75m move from Leicester.

Chilwell previously played for Leicester City but left the club less than two months before Fofana joined the Foxes in October 2020 and joined Chelsea.

Chilwell, who is now on the same team at the same time, was impressed with the performance of his new 21-year-old colleague, particularly as the France defender had very little time with the team before being thrown into action on 90 minutes. 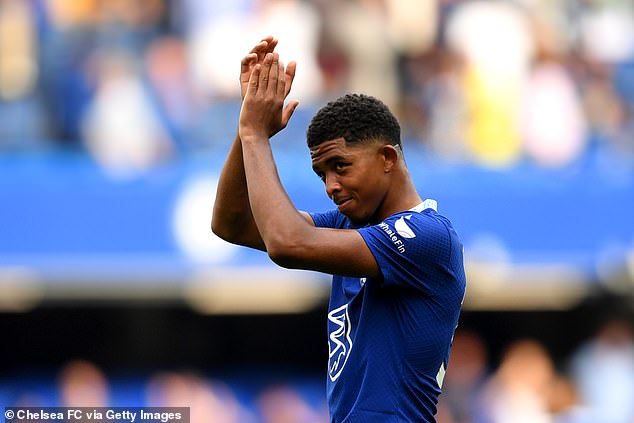 “Kudos to Wes,” the 25-year-old left-back told talkSPORT after the win. “He just came in, he trained with us twice.

“Then he starts today, his first game at Stamford Bridge, it was a brilliant performance from him and there are many more to come.

“Coming at such a young age and getting into the group so quickly is tremendous.

“He will have a great future at our club. I also think all the guys that came in bought a mentality that they want to win.

“Everyone here wants to win and you have to win players with the same mentality. Reaching finals and winning finals is what this club is all about.”

Chilwell scored Chelsea’s first goal in the comeback win over the Hammers, which was sealed by Kai Havertz’s late goal.

Fofana is the third most expensive defender in the history of the sport, behind Harry Maguire and Virgil van Dijk.

He played alongside veteran Thiago Silva and another Chelsea signing, Kalidou Koulibaly.

Chelsea’s next challenge is a trip to Dinamo Zagreb on Tuesday night.

Is The Mortuary Assistant getting a movie?