The Buffalo Bills have signed a new punter after firing Matt Araiza last week following allegations that he was involved in the gang rape of a minor.

Sam Martin has joined the Bills on a one-year contract after playing with the Broncos for the past two seasons. 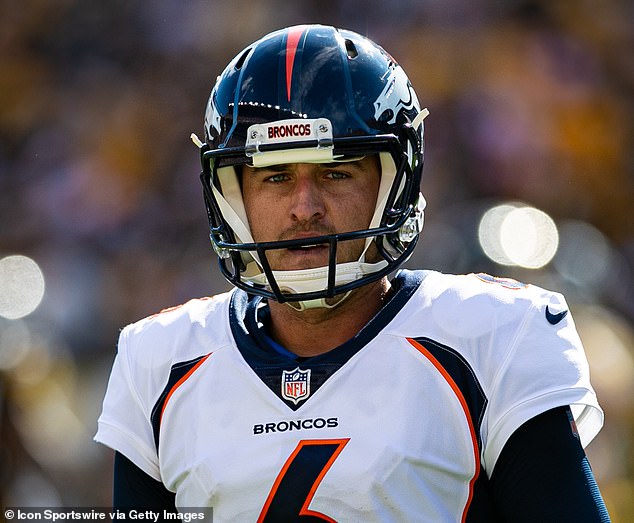 The plaintiff is now 18 years old but is identified in the complaint as “Jane Doe” because she was a minor at the time.

Bills’ GM Brandon Beane said at a press conference after Araiza’s release that the team was not aware of any allegations against Araiza before picking him for this year’s draft.

“We sympathize with this whole situation, everyone involved, this young woman and what she went through,” Beane said. “Ultimately it is a legal situation, we do not know all the facts. That makes it difficult.

“But at this point we just think the best move of all is to walk away from Matt and let him take care of this situation and focus on that. There we part ways.

“It is a very serious situation, serious nature and allegations. We don’t have the means to put the facts together. We try to do our best to be thoughtful and not judgmental.

“How transparent was Matt? Matt gave us his version of events, that’s the point. There were a lot of things we couldn’t get our hands on with the resources we have.’

GM Brandon Beane said Araiza was released as the situation was “bigger than football”.

For his part, Araiza released a statement denying the allegations.

“The facts of the incident are not as presented in the lawsuit or in the press,” he said last week after being ruled out of a preseason game.

The statement concludes by speaking of “salacious rumors turning into fact” before adding: “There are several witness accounts that dispute the allegations made against him. The legal system is designed to find facts and make decisions. They should be allowed to do that.’

The lawsuit, which says the alleged gang rape occurred in 2021, says the teenage victim had been drinking with friends when they decided to go to a party on Oct. 17 where she was “visibly drunk on arrival.” “. She was separated from her friends and approached by Araiza, who offered her a drink, according to the lawsuit.

She told Araiza, who was 21 at the time, that she was a high school grad, according to the lawsuit.

She claims he then led her to a side yard where he asked her to perform oral sex and then had sex with her before taking her to a bedroom in the house.

There were at least three other men in the room, including Leonard and Ewaliko, according to the complaint. The lawsuit states that Araiza threw the teenager onto the bed and she passed out during the rape.

“But she does remember some moments of the horrifying gang rape,” the lawsuit added.

She immediately told her friends about the rape and reported it to police the next day and underwent a rape investigation, according to the lawsuit.

According to the Los Angeles Times, which first reported on the lawsuit, a criminal investigation into the allegations is ongoing. No arrests were made.

Because the alleged incident did not occur when Araiza was an NFL player, he would not be subject to the NFL’s guidelines on personal conduct.

Martin and the Bills begin their season on September 8 against the Rams.

"This is awesome": Travel expert shares essential hack for picking the best seats on the flight