Sesame Street icon Bob McGrath, who started on the show in 1967 and went on for 47 seasons, has died at the age of 90

Bob McGrath, one of Sesame Street’s first stars, has died at the age of 91.

McGrath appeared in the pilot episode in 1969 and went on to star in an additional 47 seasons.

The news of the actor’s death was shared by the family on his official Facebook page.

“Our father Bob McGrath passed away today. He died peacefully at home surrounded by his family.”

McGrath finally stopped acting on Sesame Street with his final episode titled “Having a Ball.”

McGrath has directed classes for children through his puppetry and also wrote original sons for the production, including “People in Your Neighborhood,” “Sing a Song,” “If You’re Happy And You Know It,” and the Sesame Street theme song. 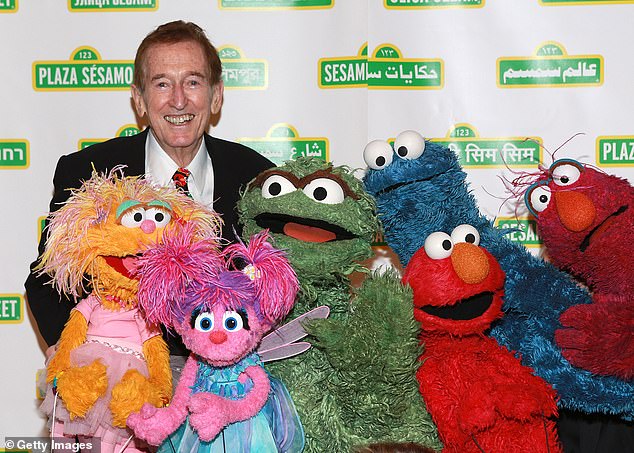 One of the original stars of Sesame Street, Bob McGrathm, has died at the age of 91

Although McGrath finally retired from filming Sesame Street in 2017, he continued to work with Sesame Workshop behind the scenes.

He continued to appear at public events related to the television franchise and served as the show’s advocate.

He has also starred in numerous Sesame Street productions over the years, including standalone films, sing-alongs, holiday specials, video games and more.

He was one of the longest serving human adult cast members on the show and is survived by his wife Ann and their three children and five grandchildren.

Bob McGrath is pictured in 2008