Earlier in the week, Dortmund’s sporting director Sebastian Kehl told Germany’s Kicker magazine that the club had made a “very attractive offer” and wanted a response from Moukoko ahead of Dortmund’s game against Augsburg on Sunday. 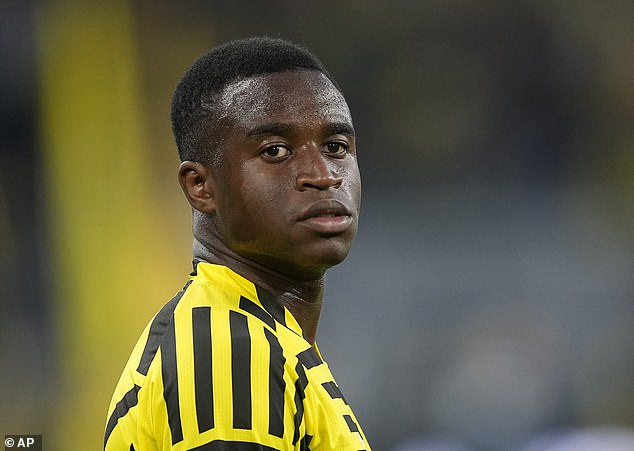 And they got their reply with the club confirming they have decided to extend on Saturday.

He will be making in the region of £100,000 a week although it is believed he could have made more in the Premier League.

The youth-born goalscorer has already registered six goals and six assists this season.

He is the youngest player to ever break the ten-goal mark in the German league and is already a member of the national team.

“Youssoufa is an exceptional player who we trained ourselves and in whom we still see great potential for development. That’s why I’m pleased that we were able to convince Youssoufa before the start of the second half of the season, which is so important for us, that he has the best prospects at BVB and that his path is far from over.

It was important to us to be able to conclude the negotiations this week so that we all – and Youssoufa in particular – can start the football year 2023 in peace and with full concentration on the sporting challenges,” says Borussia Dortmund’s sporting director Sebastian Kehl.

“It’s no secret that I feel good at BVB. I played in the youth teams, took my first steps in professional football here and I am now ready to take the next step in my development together with the club,” says Moukoko.

“I feel the trust of the coaching staff and I have an environment here in which I can develop perfectly,” he emphasizes: “Of course I’m honored by the interest of other clubs, but ultimately it’s a heart decision. The fans have always supported me and I want to give something back to them and the club.”