‘I know where the statement came from and it wasn’t him’: Brendan Rodgers claims Wesley Fofana was NOT to blame for meeting the Leicester boss after sealing his £75m move to Chelsea had as he insists the defender is a ‘good kid’.

Brendan Rodgers has defended his former player Wesley Fofana, saying the 21-year-old does not stand behind a statement criticizing Leicester City.

The French defender completed a £75million move to Chelsea earlier this week, claiming the Foxes made “false and misleading statements” ahead of the transfer.

But speaking to BT Sport ahead of Leicester’s game against Manchester United, Leicester manager Rodgers called Fofana a “good kid” and said it was “a shame” how things had ended between the club and the player. 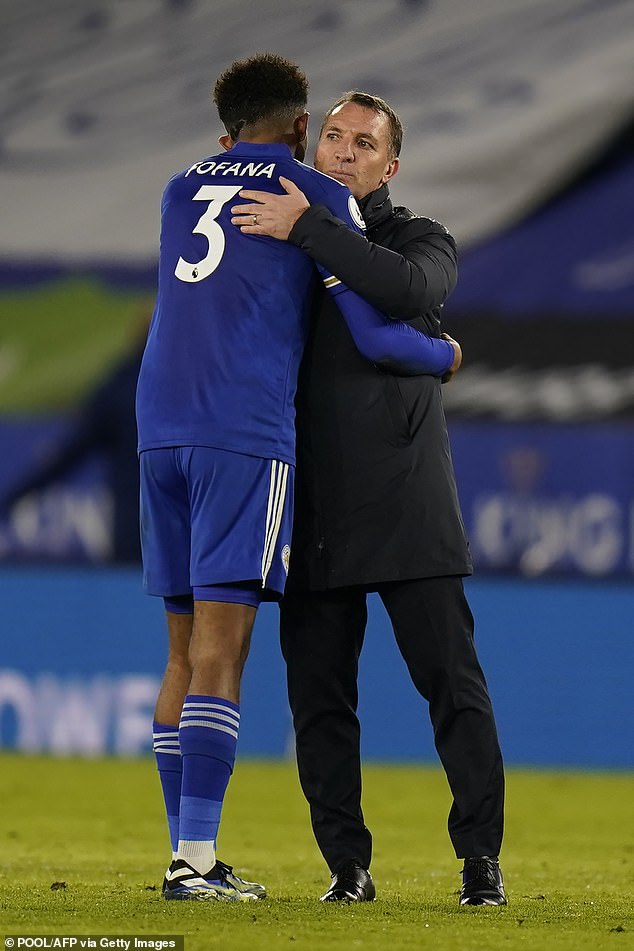 Rodgers replied, “It’s clearly difficult. I will always defend players, and I will defend Wesley here. There is a lot of noise out there about him and what has been said.

“I never get too emotional with words. I’m trying to see the logic behind it. I know where the statement came from and I know it wasn’t Wesley Fofana.

“This boy is a good boy. We brought him here, nobody really knew him. We gave him a good platform here. He played for us, he was incredible.

“We hoped he would stay another year before moving on. He took the opportunity to leave and it’s a shame for us, it’s a shame how it ended.

“But he’s a good guy and I know other influences probably took him out of the club.”

Fofana will be part of the Chelsea squad set to face West Ham this weekend ahead of the start of their Champions League commitments next week.

https://www.dailymail.co.uk/sport/football/article-11170577/Brendan-Rodgers-says-Wesley-Fofana-not-responsible-statement-attacking-Leicester-move.html?ns_mchannel=rss&ns_campaign=1490&ito=1490 Brendan Rodgers says Wesley Fofana is not responsible for the statement about attacking Leicester after the move