By Reuters and Jake Fenner for Dailymail.Com

British Open champion Cameron Smith said on Wednesday he thinks it’s unfair that those who have joined LIV Golf aren’t being awarded world ranking points and hopes that changes before his exemption from golf’s four majors expires.

World No. 2 Smith, whose move to LIV Golf was made official this week, earned exemption from golf’s four majors for at least the next five years with his 1-shot win at the British Open last month.

The Majors organizers haven’t changed their qualification rules, but Smith, 29, could still find himself on the outside one day as he’s unable to accumulate world ranking points for the time being.

“It’s really a shame we don’t get world ranking points out here,” Smith said ahead of his LIV golf debut this week outside of Boston.

“Playing 48 of the best guys in the world and not getting any world ranking points is maybe a bit unfair. 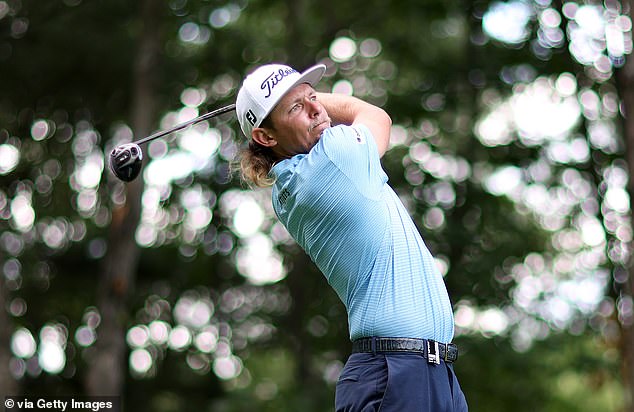 While LIV Golf has lured players away from the PGA Tour with staggering sums of money, the windfall could come at a cost to those who still want to compete in the Masters, PGA Championship, US Open and British Open.

LIV Golf’s application to the Official World Golf Ranking Board – which consists of representatives from the PGA Tour, DP World Tour, USGA, R&A, PGA of America and Augusta National – is currently under review.

“I hope those world ranking points settle before my time off expires,” Smith said.

“For the fans of the big championship golf, maybe it’s a little bit unfair to them. I think majors are about having the best guys in the best field on the best golf courses. Hopefully we can work that out.’

Smith, who began speaking to LIV Golf ahead of his Open triumph, has heard criticism of his decision but has no regrets, though he will be suspended by the PGA Tour if he tees off at The International on Friday.

“This is a new kind of chapter in my life. I think this is the future of golf. I love how it’s out here,” Smith said.

“It’s a bit more relaxed on the track with music playing. i love the stuff I play with music at home and yes I can’t wait to be a part of it.

MARTIN SAMUEL: Scott Parker's Bournemouth sacking was not about results

'This is heaven': Jennifer Lopez describes lavish wedding to Ben Affleck as she shares new photos