Cameron Norrie’s hopes of reaching the fourth round of the Australian Open for the first time ended in a five-set loss to Czech youngster Jiri Lehecka.

The British number one initially struggled in windy conditions but seemed on the right track as he led to a lead by two sets. 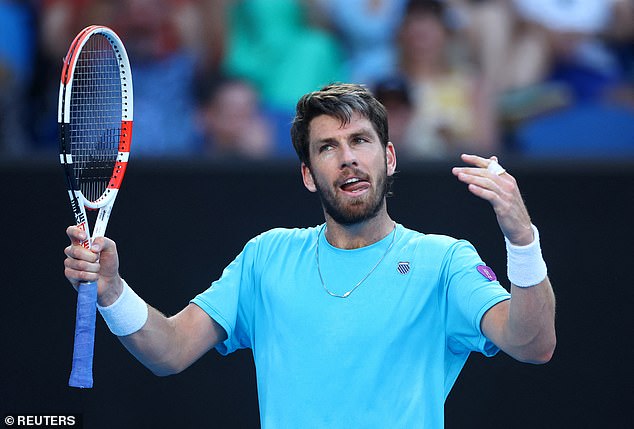 It will be a huge disappointment for Norrie, who defeated Lehecka en route to the final of the ATP tournament in his hometown of Auckland last week and had started the season by beating Rafael Nadal and Taylor Fritz at the United Cup.

In hindsight, Norrie may feel he played a little too much in the build-up and he couldn’t find the same form here that he showed in Sydney.

Czech tennis has mostly been about a notable production line of female talent, but Lehecka is among a cohort of young men hoping to emulate the success of Tomas Berdych.

Big serve and forehand, he was better in the opener, forcing Norrie to save three break points but failed to convert a 6-4 lead in the tiebreak.

Norrie showed his competitive will to salvage three set points, the first with a fine pass down the line, and secured his second chance.

But the 27-year-old didn’t play well, kept missing with forehands and Lehecka held on to an early break to win the second set.

Norrie appeared to have found his reach in the third, committing just six unforced errors compared to 27 in the opening two sets, but the momentum reversed again early in the fourth.

The 11th seed was in deep trouble when he dropped serve again in the first game of the decider and called the coach to tape his left knee.

Norrie fought hard to find a way back from a double mishap but he wasn’t able to summon the same magic as Andy Murray and Lehecka, who played out the match for the biggest moment of his young career.