Only people with a ‘high IQ’ can solve these optical illusions… what can YOU see behind the wavy lines?

By Brittany Chain for Mailonline

A painter who built a career from making optical illusion art has shared some of his most baffling work to date.

Lee Wagstaff uses intriguing patterns to immerse a woman’s face in his art – and sometimes they’re almost impossible to discern.

According to a study conducted by Current Biology, people with higher IQs have an easier time seeing shapes and details within an optical illusion.

You are, of course, able to ignore the less relevant details of the image and focus on the specific shapes.

As a result, there have been suggestions around the internet that only people with high IQs can instantly recognize the images in these illusions. 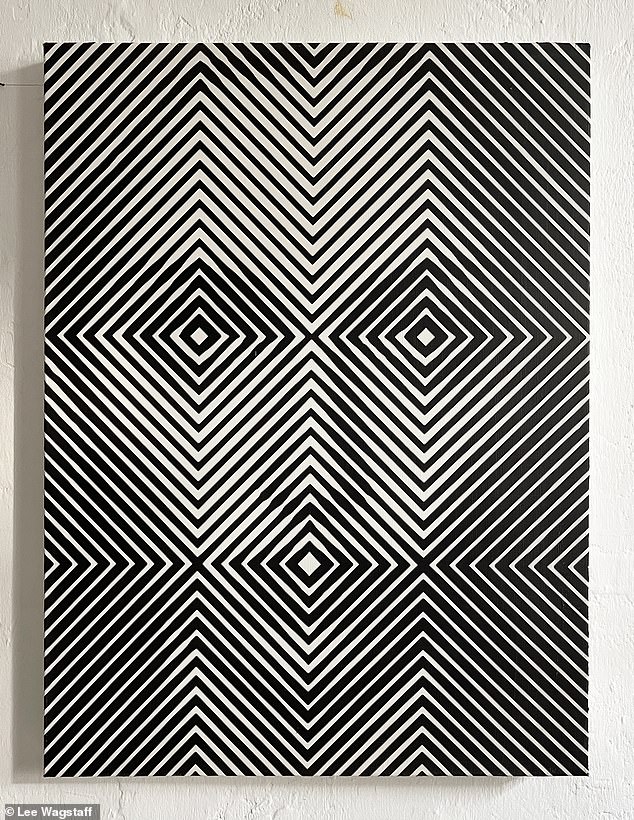 Each of the artworks appears almost as if they are moving due to the fluid lines and soft angles.

Users have reported dizziness when trying to find the faces in the optical illusions.

Lee’s work is available for purchase, starting at £130 for a small original piece and £1,300 for a large piece.

He studied at the Royal College of Art in London and deals with recurring pattern themes in his work.

In his mission statement he says: “I am drawn to patterns that predict and perhaps challenge the cosmic order.

“I am interested in how art can be used as a tool to reorder the world around me, and how this aesthetic order can be comforting or disturbing or even both.

“When I make art, I think about whether it is still possible to make images and objects that embody ideas of faith, beauty and truth.”

The Daily Star reports that only people with a high IQ can find the face quickly.

how many faces have you seen Let us know in the comments below.

Can you spot the face in this optical illusion?

Can YOU recognize four women? Only 2% of people can see multiple figures in this amazing optical illusion

Can YOU stop the squares from moving for 10 seconds in this optical illusion?

https://www.dailymail.co.uk/femail/article-11644547/Are-able-spot-womens-faces-optical-illusions-artist-Lee-Wagstaff.html?ns_mchannel=rss&ns_campaign=1490&ito=1490 Can you spot the women’s faces in these optical illusions by artist Lee Wagstaff?

Gemma Atkinson is pregnant with her second child with Gorka Marquez