Chelsea complete the £26million signing of Noni Madueke from PSV, with the winger signing a seven-and-a-half-year contract as he becomes the latest signing at Stamford Bridge

Chelsea have completed the signing of winger Noni Madueke from PSV.

The 20-year-old, who can also play as an attacking midfielder, has signed a seven-and-a-half-year deal with Chelsea having the option to extend the deal for another year, the club’s official website reports.

Madueke joins for £26million and is the latest arrival at Stamford Bridge during a busy transfer window. 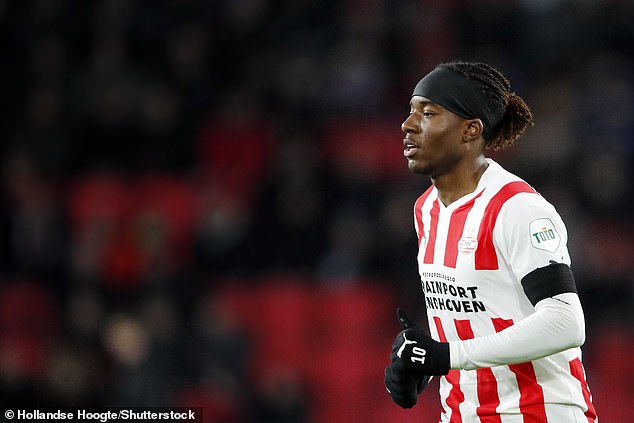 Madueke spent time as an academy player at Crystal Palace and Tottenham before joining PSV in 2018.

Madueke has represented England at various youth levels, including under-21s.