Tiemoue Bakayoko is handed a lifeline by Monza, a newcomer from Serie A who ‘wants to sign the midfielder when AC Milan end their loan spell from Chelsea’… but they face competition from Newcastle and Nottingham Forest

Chelsea midfielder Tiemoue Bakayoko is reportedly attracting interest from Serie A Monza, although they could compete for his signature with Premier League sides Newcastle and Nottingham Forest.

The Frenchman, who is currently halfway through his two-year loan at AC Milan, has fallen out of favor at San Siro and manager Stefano Pioli now wants to part ways and keep his wages off their books.

Newly promoted Monza is leading the race to sign Bakayoko after his agent and Milan directors Maldini and Massara discussed their options at a recent meeting, according to Sky Italy. 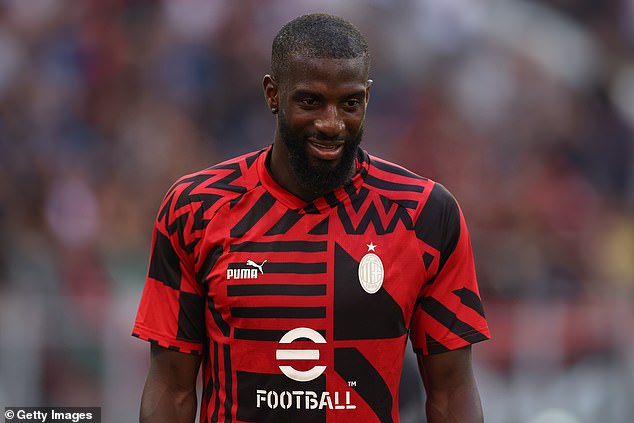 There are two ways to go about the move, one of which is Monza Bakayoko on loan from Chelsea if Milan are able to terminate his current contract.

The second option is to sign him on a free transfer if he terminates his contract with the Blues.

The Serie A side face competition to sign the midfielder at Calciomercato, suggesting Nottingham Forest and Newcastle are interested in giving him a second Premier League leap.

Bakayoko’s Chelsea contract expires at the end of the current season and it seems he has no future at Stamford Bridge, so terminating his contract could be the best solution for both sides.

Another Blues outcast, Ross Barkley, has left the club on a free transfer after agreeing to end his contract and Bakayoko could leave in a similar vein.

The former AS Monaco star has made 60 appearances for Milan, scoring one goal and providing two more.

DrDisrespect is not satisfied with Warzones Heroes vs Villians event