The couple behind a hugely successful childcare business are suing the Australian Federal Police, claiming their botched investigation, which falsely accused them of being the masterminds of a fraudulent syndicate, resulted in them losing their business.

Ola Ouda, 44, and her partner Amgad Shehada, 49, were arrested after more than 150 AFP officers raided their Sydney and Melbourne day care centers in November 2020.

The couple have been accused of enrolling “phantom children” at their centers and using the subsidies, including special pandemic funding, on investments and luxury goods. 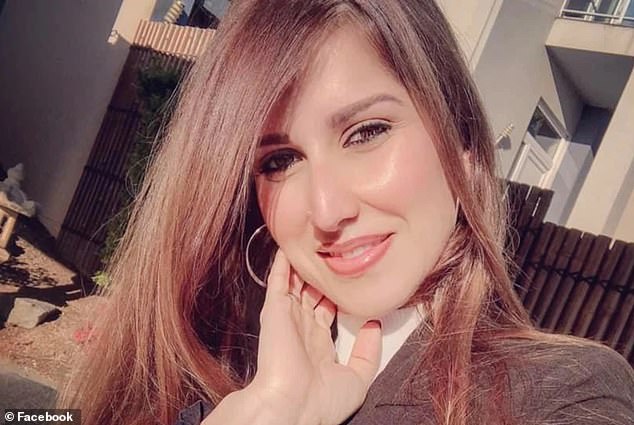 Ola Ouda, 44, and her partner Amgad Shehada, 49 (pictured), were arrested following police raids at their Sydney and Melbourne centers in November 2020

While police did not publicly name the couple, AFP held a press conference shortly after the raid to announce it had dismantled an alleged large criminal network.

The couple were then named in the media before AFP sensationally dropped all charges against the couple.

Though the charges have been dropped, the couple are claiming the damage has already been done in a new defamation lawsuit against AFP, AFP commander Todd Hunter and the Commonwealth of Australia.

The couple are pursuing the charges and the subsequent AFP press conference wrecked their reputation and their $10 million childcare business, with the couple’s attorney demanding a multimillion-dollar compensation bill, The Age reported.

Ms. Ouda and her partner are demanding millions in compensation. The couple claim they lost their business over the charges

The couple’s child care business generated annual profits of $2.5 million, with their attorney, Rose Rocca, arguing they would seek compensation for the business and greater damages.

“The specific damages are significant and could potentially exceed $9 million based on the expert evidence we have received,” Ms Rocca told the publication.

‘Assuming we succeed in this, we anticipate an aggravated damages order, which means that general damages are not limited, and again in these circumstances we would expect multimillions of dollars in general damages.’

AFP commander Todd Hunter held a press conference shortly after the raids, in which he accused the owners of exploiting the system and profiting from childcare subsidies and Covid-19 payments.

“As a result, AFP and its partners are investigating more than $15 million in payments,” he said.

“This is money that belongs in the hands of our community to help care for some of our most vulnerable.”

Ouda and Shehada filed a complaint with the Victorian Supreme Court, where they slammed the press conference.

“The press conference was conducted for the sole or primary purpose of promoting AFP and enhancing the standing and reputation of certain … members of AFP, including Hunter,” it said.

“There was otherwise no legitimate forensic need or purpose for holding the press conference.”

The couple have been accused of registering “phantom children” at their centers and using the childcare subsidies for investments and luxury goods (pictured, police during a raid on one of their properties).

In their statement of claim, the couple argues that childcare allowance can still be claimed for absent children.

“Whether or not children attended childcare facilities on the days AFP monitored was irrelevant to the funds made available,” it said.

AFP will argue that the information was allowed to be shared under qualified privileges.

Ouda and Shehada were accused of conspiring to dishonestly inflict a loss on the federal government.

An AFP spokesman said two charges related to the investigation were withdrawn by the Commonwealth Director of Public Prosecutions when they came to court.