Chris Rock has said he turned down an offer to host next year’s Oscars after Will Smith’s infamous slap in the face.

The superstar comedian told a sold-out crowd at a show in Phoenix, Arizona this weekend that, according to The Arizona Republic, asking him to host the Oscars would be like asking “Nicole Brown Simpson to come back to the show.” to go to a restaurant”.

Rock’s joke compared the Oscars to returning to the scene of a crime, referring to the murder trial of OJ Simpson, whose ex-wife was murdered after leaving her glasses at an Italian restaurant.

The comedian also reportedly claimed he turned down an offer to star in a lucrative Superbowl commercial after the incident shocked the entertainment community.

Smith took the stage at the awards ceremony in Los Angeles in March and slapped Rock open-handed after the comedian made a tame joke about the actor’s wife, Jada Pinkett-Smith, who wore a buzzcut due to alopecia. 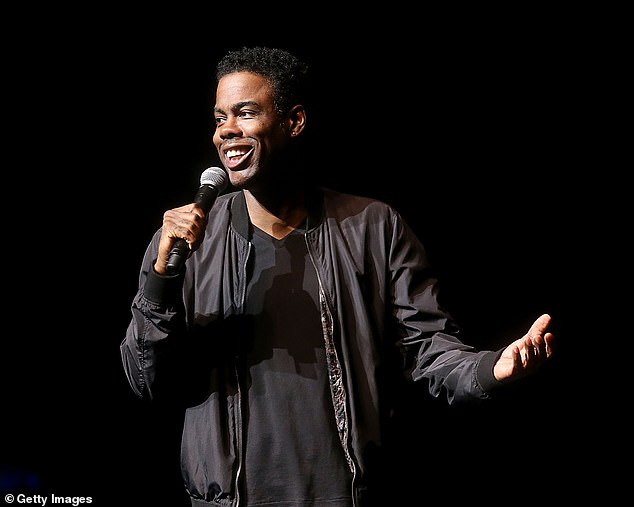 Will Smith, right, meets presenter Chris Rock on stage while presenting the Best Documentary Award at the Oscars at the Dolby Theater on Sunday, March 27, 2022 in Los Angeles

Rock said returning to host the Oscars would be like OJ Simpson’s ex-wife returning to the restaurant where she left her glasses before she was murdered (Rock reacts immediately after being slapped by Smith onstage) .

Rock has largely remained silent about the ordeal for the five months following the 2022 ceremony, but has at times raised the issue during his stand-up shows.

The mention of turning down the 2023 Oscar performance reportedly came after viewers at the Arizona Financial Theater on Sunday begged Rock to open up about the incident.

“He’s taller than me,” Rock said, emphasizing the physical disparity between the two.

“The state of Nevada would not sanction a fight between me and Will Smith.”

Smith issued a public apology to Rock in July, revealing the couple still hadn’t spoken since the ceremony in March.

The actor said he’s taken the last three months to “work” on himself and now realizes how many people he’s hurt when he hit Rock onstage at the awards shows.

“I have reached out to Chris and the message that has come back is that he is not ready to speak – if he is he will get in touch.

“So I’m going to tell you Chris, I apologize to you. My behavior was unacceptable and I’m here whenever you’re ready to talk.’

“I just didn’t realize how many people were hurting at that moment so I want to apologize to Chris’ mother. I would like to apologize.

“I want to apologize to Tony Rock…Tony Rock was my man and that’s probably irreparable,” he said.

The actor posted the video to Instagram on Friday, in which he said he was “dazed” during his acceptance speech and didn’t apologize to Rock as a result. “I have reached out to Chris and the message that has come back is that he is not ready to speak, if he is he will get in touch

Smith’s wife Jada Pinkett Smith recently revealed that she suffers from alopecia and had shaved her head. Rock joked during his hosting set that she looked like “GI Jane”.

The Hollywood actor was banned from the Oscars for 10 years after the slap, but was allowed to keep his best actor award, which he picked up just minutes after the show’s host was attacked.

In a statement, the Academy criticized Smiths for “unacceptable” and “harmful” behavior that “shadowed” the entire evening.

“During our broadcast, we didn’t adequately address the situation in the room. We’re sorry. This was an opportunity for us to set an example for our guests, viewers and our Academy family around the world, and we failed – unprepared for the unprecedented.

“The Board has determined that for a period of 10 years beginning April 8, 2022, Mr. Smith shall not participate, in person or virtually, in any Academy event or program, including but not limited to the Academy Awards.

“We would like to express our deep gratitude to Mr Rock for maintaining his composure under extraordinary circumstances. We also want to thank our hosts, nominees, presenters and winners for their composure and grace throughout our television show.’

https://www.dailymail.co.uk/news/article-11160733/Chris-Rock-reveals-asked-host-years-Oscars-refused-Smith-slap.html?ns_mchannel=rss&ns_campaign=1490&ito=1490 Chris Rock reveals he was asked to host next year’s Oscars but was turned down after being slapped by Will Smith