Heavyweight contender Ciryl Gane has hailed the possibility of a clash with the great Jon Jones after the Frenchman defeated Tai Tuivasa in Paris.

With the UFC’s heavyweight division still in limbo due to champion Francis Ngannou’s contract dispute with the organization, Gane made his claim to return to the top of the mountain with a win in his native France.

Jon Jones has long teased a promotion to the division, and since relinquishing his UFC light heavyweight championship in 2020, he has embarked on a period of build-up to prepare for the weight class’s unique challenges. 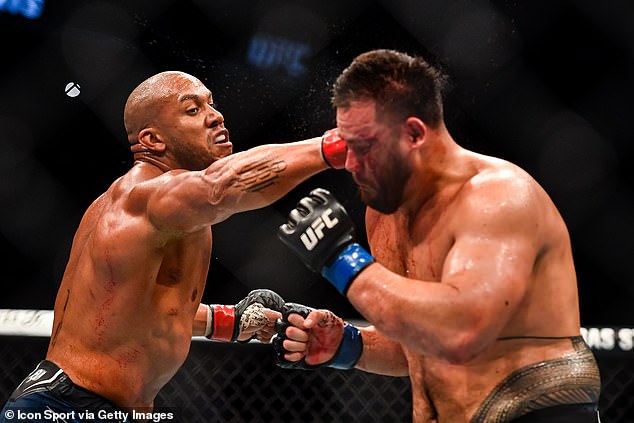 Speaking on the UFC post-fight show following his win over Tuivasa, Gane admitted he would like the opportunity to welcome Jones to the 265-pound weight class.

“Having Jon Jones in this department will shed a little more light, [and] The division will only shine more and more, that’s why I’m so happy to have this guy in this division.’ Gane said.

“I don’t know what exactly is going to happen. People talk about Stipe [Miocic] against Jones, but I’m here. I’m here. I don’t have a good answer [about who is next but] – maybe Jon Jones for the hype, for the money.’

Gane’s victory in Saturday’s Main Event marked a historic moment in the history of mixed martial arts in France.

The sport has long been banned in the country, with the ban believed to have been the result of lobbying by the powerful French Judo Federation.

However, the ban was lifted in 2020 and Gane’s packed win at the Accor Arena in the country’s capital could prove a turning point for the sport in France after more than 15 years in the shadows.

https://www.dailymail.co.uk/sport/mma/article-11178903/Ciryl-Gane-talks-Jon-Jones-clash-hype-money-BRUTAL-demolition-Tai-Tuivasa.html?ns_mchannel=rss&ns_campaign=1490&ito=1490 Ciryl Gane opens up about Jon Jones’ clash ‘for the hype and the money’ after BRUTAL teardown of Tai Tuivasa

Is The Mortuary Assistant getting a movie?