A Gumtree ad that read “Ladies we want you” got “Cocaine” Cassie Sainsbury to work in a brothel and turn to a life of drug trafficking that would lock her up in Colombia for six years.

Sainsbury was caught with 5.8kg of cocaine hidden in 18 boxes of headphones in her suitcase while boarding a flight from Bogota Airport, Colombia, to London in April 2017.

The then 22-year-old was jailed in one of Colombia’s harshest women’s prisons – a time she attempted suicide – before being paroled in 2020 and finally returning to Australia in recent weeks.

When Sainsbury’s business as a personal trainer fell through, she came across a job offer at Gumtree for a ‘gentleman’s club’ in Sydney.

“I didn’t realize it was actually a brothel because it said ‘Gentleman’s Club,’ so I figured it would be a bar,” she told 7 News Spotlight.

She was told she was not “receiving material” and was instead hired as an escort – something Sainsbury admits was one of the worst things she had ever experienced. 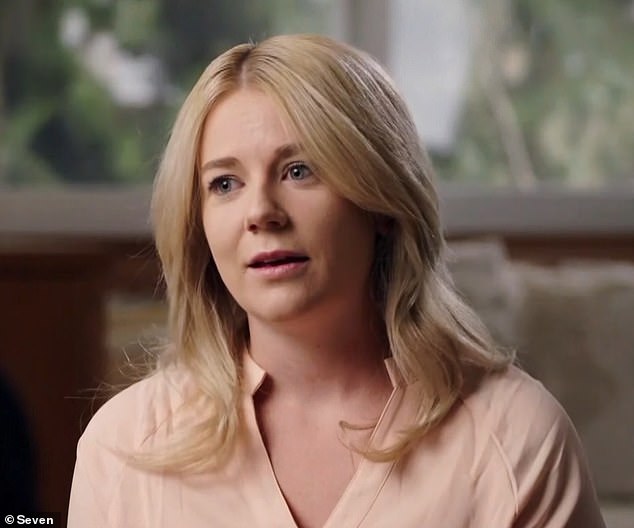 ‘Cocaine’ Cassie Sainsbury said she was introduced to the drug smuggling underworld at a Sydney brothel (pictured Sainsbury during her in-depth interview with Seven on Sunday).

She claims she was introduced to the organized crime underworld via a brothel lady who remarked that Sainsbury’s did not enjoy “entertaining” clients.

“She said she has a friend who often looks for workers for deliveries to Sydney and that he is easy going, a good friend, dependable and trustworthy.

“I felt like she was actually trying to help me.”

Sainsbury said her job was to go around Sydney and deliver “documents” to high-profile businesses in the city’s CBD.

However, she said she never suspected she was actually delivering cocaine, saying “I was very naive”.

Sainsbury was caught with 5.8kg of cocaine hidden in 18 headphone boxes (above) on a flight from Bogota to London in April 2017

“When I arrived at the building (of a delivery), the receptionist took the package from me and put it in a compartment.”

She said she would leave the documents with reputable companies in Sydney, including an orthodontist.

Sainsbury said she would be paid between $100 and $150 per delivery and would run between two and 15 jobs a week.

“Confidential was the keyword,” she said.

However, Sainsbury’s life took a dark turn when she was asked to pick up some documents in London with another worker.

“We were told London, not Colombia,” Sainsbury said.

Sainsbury said she unknowingly smuggled drugs around Sydney, believing the packages were “documents” before she was arrested in Colombia (pictured Sainsbury on her way to court in July 2017).

“Honestly I look back now and I was such a jerk I didn’t see it. I really thought I was going to retrieve documents.’

Her first sign that something was wrong was when she got on her plane and realized that she wasn’t going to London but to Bogotá, the capital of Colombia.

“I didn’t know where Bogotá was, I had to look it up,” Sainsbury said.

‘(I was told) everything was fine that it was a minor hiccup and to do as I was told.’

She felt queasy about the trip and knew she had to get out, but didn’t know how.

“I was told that I was being followed, that if I didn’t follow through, something would happen to me.”

But the threats weren’t enough to keep Sainsbury in place. Determined to flee, she went to a travel agency to book the cheapest flight home.

In 2017, 5.8kg of cocaine was found hidden in 18 headphone cases (above) in Sainsbury’s luggage

“When I walked out,[one of the members of the drug ring]was there,” she said.

“He took me to his apartment and gave me some water because I’ve never been a big drinker and when I drank the water I had no control over my body.”

Sainsbury said she was drugged, raped and held captive for the rest of her time in Colombia.

“I think that makes it worse,” she said, “I knew what was going on but there was nothing I could do.”

“I wasn’t left alone…I was scared.”

She claims it was the man who raped her who packed her bag for the flight to London.

Sainsbury said she knew she had cocaine in her bag but had no escape because she was constantly monitored and repeatedly threatened (pictured, Sainsbury on her way to court in November 2017).

‘I knew what was inside, I didn’t know any other way out.’

Sainsbury described going through airport security, relief when she checked in her bag and horror when her name was called over loudspeakers at the gates.

She said four police officers met her and took her to a private room where 18 earphone cases were laid out on a table.

At first she was relieved and thought she might just be smuggling electronics.

“Fool, I didn’t realize there were rolls of cocaine in the packets that came with the headphones,” she said.

She reported the connection between the Sydney brothel and the Australian Federal Police cocaine syndicate, but she did not investigate.

AFP confirmed both Sainsbury’s submission and the lack of a follow-up investigation into Seven.

Sainsbury was just 22 when he was sentenced to six years in prison.

She says her time in prison will stay with her forever.

Eventually Sainsbury was overwhelmed by the “helplessness” in prison and attempted suicide by jumping from the fourth floor of the prison.

But another inmate grabbed her as she was about to go over the edge and told her not to give up.

“As I was about to take the crotch off, I felt someone pull me back,” Sainsbury said.

‘She turned me down. She was basically saying that there is light at the end of the tunnel.’

Thankfully, Sainsbury survived her time in prison and was able to meet the love of her life, Tatiana, upon her release.

“We had shared a group of friends and one night we went out for a birthday and literally hit it off,” she said.

Sainsbury said she attempted suicide in one of Colombia’s harshest women’s prisons (Sainsbury pictured during a court hearing in August 2017).

The two began dating in the middle of last year and Sainsbury said Tatiana understands her criminal history.

“I shared everything with her about everything,” she said.

“Basically,[Tatiana]said she wasn’t going to judge me because of my past, she was really mature about the whole situation.

“I feel happier than ever. It’s nice to feel like I can be myself without being judged by someone who’s always there for me.”

Sainsbury is now married to her Colombian wife Tatiana and says she is no longer “the scared little person I was six years ago” (pictured Sainsbury and Tatiana at their wedding in March).

The couple wed in a glamorous ceremony on a private island in Colombia in March this year.

Ms Sainsbury shone in an elegant wedding dress while her partner opted for a smart looking and polished suit with a pink bow tie.

In a recent message, Sainsbury said she was no longer afraid and would not be taken advantage of again.

‘I’m not afraid. What I’ve been through made me realize that I can’t be afraid,” she said.

“I can stand up for myself, I’ve learned to do it.

“I’m not the scared little person I was six years ago.”