Craig Dawson is set to STAY at West Ham this season despite a £5m deal with Wolves being agreed as the Hammers’ move for Jan Bednarek, who is tied at Aston Villa, falls through

West Ham defender Craig Dawson will remain in London this season after a deal to bring Southampton defender Jan Bednarek to the club fell through.

Dawson was keen to return to the Midlands after two seasons at London Stadium but is now ready to stay at the club until at least January as boss David Moyes is unwilling to let him go.

Wolves had already agreed a £5.25million deal for Dawson but Bednarek’s decision to sign for Aston Villa has resulted in West Ham scrapping the move. 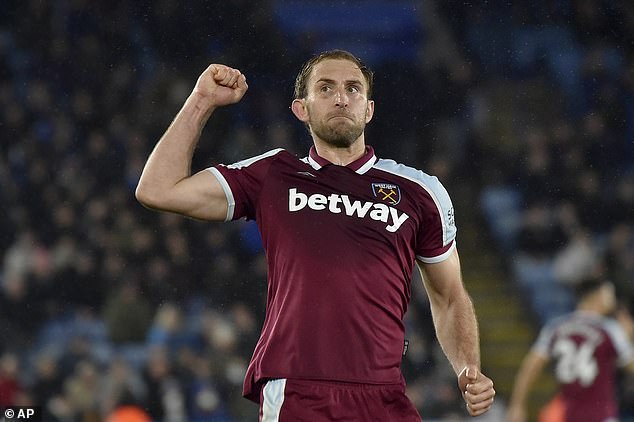 The Londoners saw in the Southampton centre-back the perfect replacement for 32-year-old Dawson, who was keen to leave the club this summer.

West Ham are not expected to come back into the market for more defensive reinforcements on deadline day.

Dawson has not been included in any of West Ham’s five Premier League matchday squads so far this season, his last appearance being the 3-1 defeat by Brighton in May.

https://www.dailymail.co.uk/sport/football/article-11170217/Craig-Dawson-STAY-West-Ham-season-despite-5million-deal-agreed-Wolves.html?ns_mchannel=rss&ns_campaign=1490&ito=1490 Craig Dawson will STAY at West Ham this season despite a £5million deal having been agreed with Wolves