Cristiano Ronaldo was delighted as Manchester United’s new star Antony scored his first goal for the club as the Red Devils took the lead against Arsenal at Old Trafford on Sunday.

The Portuguese superstar jumped off the bench to applaud the £86million winger as he made the perfect start to his Manchester United career. 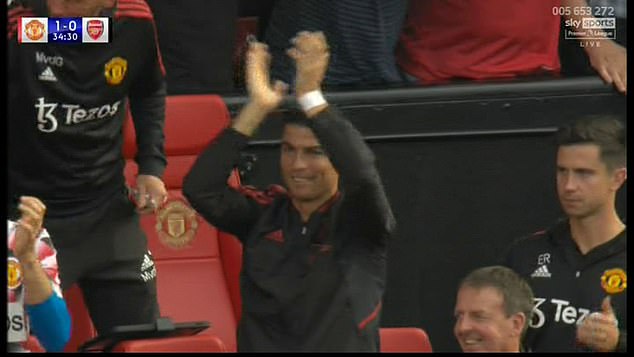 Happy Mondays' Bez has married his fiancee Firouzeh Razavi, 34, in a ceremony in Hertfordshire