The 36-year-old Spaniard has committed himself to the club until June 2024.

Guaita, who has been with the Premier League since 2018, would have been a free agent this summer had he not signed a new contract. 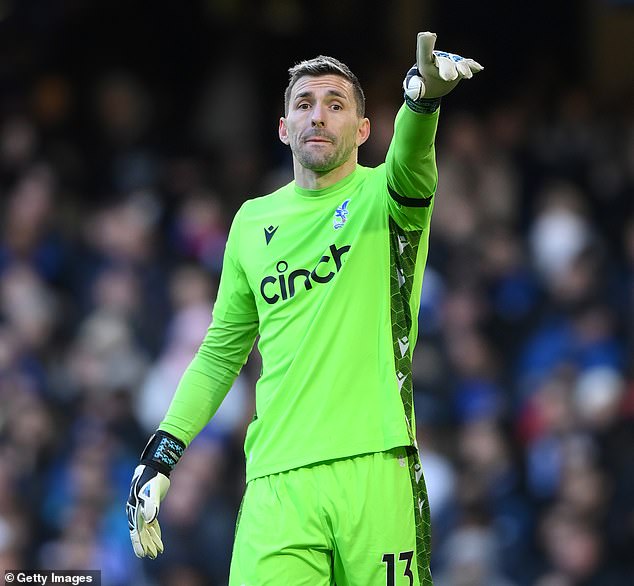 Crystal Palace have tied No.1 keeper Vincente Guaita to a new contract with the club

Since joining the Eagles, Guaita has played 146 games for the club and is still the No. 1 goaltender this season.

He has fended off competition from Sam Johnstone, with the former Manchester United, Aston Villa and West Brom goalkeeper struggling for a place on the bench.

Crystal Palace have had a quiet January window to date, with no players coming through the doors at Selhurst Park.