Ten people were killed in a mass shooting at a Tops Friendly Market in Buffalo, New York, on Saturday. 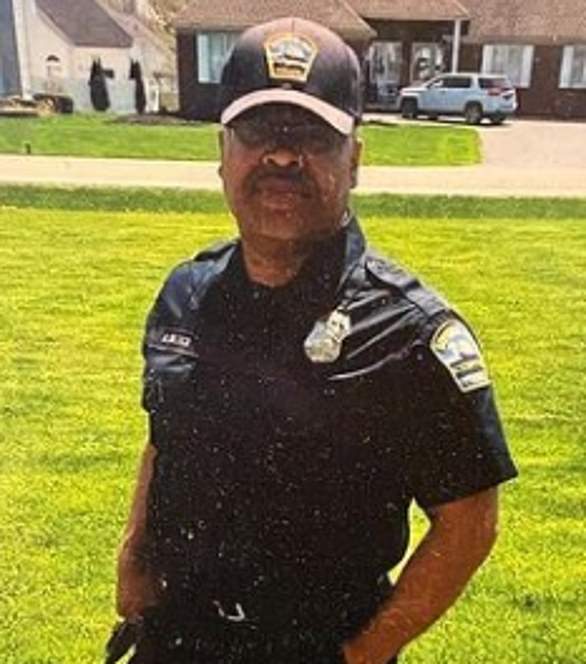 Salter is a retired Buffalo police officer who worked as a security guard at a grocery store.

He was fatally shot after confronting accused gunman Payton Gendron inside the store.

After firing at Gendron, the teenager returned fire, killing Salter.

Whitfield had just visited her husband at a nursing home and decided to stop by the Tops for a bite to eat on the way home, WGRZ reported.

She was also the mother of former Buffalo Fire Commissioner Garnell Whitfield, according to the TV network.

After the shooting, he said in an interview with the Buffalo News, “My mother was the consummate mother. My mother was a mother of the motherless. She was a blessing to all of us. She loved God and taught us to do the same,” he said.

Katherine Massey, 72, was shopping at the supermarket when she was fatally shot

She had gone to the supermarket to do some shopping when she was fatally shot.

Her brother was supposed to pick her up after she ran her errands, but suffered the grisly consequences of a mass shooting.

Massey was a civil rights and education advocate.

Former Erie County legislator Betty Jean Grant, who has known Massey for over 20 years, told The Buffalo News that she “did everything to strengthen Buffalo’s black community.”

Originally from Alabama, Young moved to New York as a young adult and married a pastor.

She had gone to lunch with her sister-in-law on Saturday and was then dropped off at the grocer’s. Her son was supposed to pick her up, but when he got to the store, everything was in chaos.

Her relatives told Alabama.com Young will be remembered for her love for God and her family.

Celestine Chaney, 65, who was buying strawberries for Shortcake at the supermarket at the time of the shooting

Chaney was a breast cancer survivor who was at the grocery store with her older sister JoAnn Daniels to buy strawberries for Shortcake.

The doting mother and grandmother of six also fetched shrimp for her husband Raymond.

Daniels told the Buffalo Times she never saw Gendron but heard the sounds of his assault rifle.

She and Chaney were trying to escape when the 65-year-old was shot dead.

“She fell and I thought she got up and got behind me, but she wasn’t behind me,” Daniels recalled.

Roberta Drury, 32, was at the store to shop for groceries for dinner. She had moved to the area to be close to her older brother

Drury was at the store buying groceries for dinner when filming began.

She had moved to Buffalo from the Syracuse, New York area to be with her older brother after his bone marrow transplant, her sister Amanda Drury told Reuters.

Drury helped him with his bar The Dalmatia and with his family.

“She was lively and outgoing, could talk to anyone,” Amanda said.

Heyward Patterson, 68, often drove people to and from the grocery store and helped them carry their groceries

He often drove people to and from the supermarket and helped them carry their groceries. This role earned him the nickname “Jitney”.

He was also a church deacon and greeted parishioners and escorted them to their seats.

“He would give the shirt off his back,” his wife Tirzah Patterson told The Buffalo News. “That’s him. He wouldn’t hurt anyone. Whatever he had, he would give it to you.”

Geraldine Talley, right, walked into the store with her fiancee on Saturday to pick up some things for dinner

Talley is a mother to two children – Genicia Talley, 42, and Mark Talley, 32, and has also been like a second mother to her niece, Kesha Chapman.

She had entered the store on Saturday to pick up just a few items, her sister Kaye Chapman-Johnson told ABC News.

She had told her fiancée to go down another aisle to get something from one of the shelves when the shooting started.

Talley is now known for her delicious cheesecake, reports People.

“She was truly an amazing woman and I will miss her dearly,” Chapman-Johnson said of her sister.

Andre Mackniel, 53, was in town visiting relatives and went to the store to pick up a surprise birthday cake for his grandson

He was at the store on Saturday to pick up a surprise birthday cake for his grandson, reports USA Today.

But “he never came out with the cake,” said his cousin Clarissa Alston-McCutcheon, describing her cousin as a “loving and caring guy” who “loved family” and was “always there for his family.”

He was listed as “engaged” on his Facebook page.

Mackniel of Auburn, New York, was self-employed but formerly worked at Buffalo Wild Wings, according to Finger Lakes Daily News.

Margus Morrison was a father of three who has worked as a bus assistant for Buffalo schools since February 2019, reports USA Today.

His family later confirmed that he was killed in the fatal shooting.

Jon Stewart called SCOTUS the “Fox News of Justice” and said the judges should have been “honest”.

3 hours ago
Check Also
Close
Back to top button