New guidelines suggest primary care physicians should wean patients off antidepressants to ease withdrawal symptoms and reduce the millions who depend on the drugs.

Experts hope that stopping the pills over time will reduce the severity of withdrawal symptoms and help more people successfully quit.

But charities are concerned that GPs are unable to reduce individuals’ medications and are calling for fewer prescriptions to be given initially. 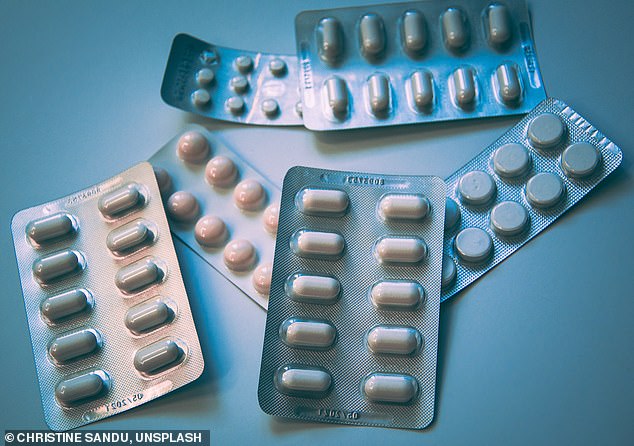 The changes come as record numbers of antidepressants are being doled out. In 2021-22, an estimated 8.3 million patients were on an antidepressant — up from the 7.9 million the year before

How do antidepressants work?

It is not known exactly how antidepressants work.

They are thought to work by increasing the levels of chemicals in the brain called neurotransmitters, which are linked to mood and emotions.

While antidepressants can treat the symptoms of depression, they don’t always address the root causes.

Therefore, they are usually used in combination with therapy to treat more severe depression or other mental illnesses.

Research suggests that antidepressants may be helpful for people with moderate or severe depression.

Studies have shown that they are better than placebo for people with these conditions.

They are not usually recommended for mild depression unless other treatments such as therapy have not helped.

The Royal College of Psychiatrists estimates that 50 to 65 percent of people being treated with an antidepressant for depression will see improvement, compared with 25 to 30 percent of those taking a placebo.

The changes come as NHS data shows a record number of pills are being dispensed, with antidepressant prescriptions rising 5.1 per cent in 2021/2022 – the sixth consecutive annual rise.

Official figures show that around 21.4 million antidepressant medications were prescribed between July and September 2022 alone.

Any withdrawal symptoms must be resolved or tolerable before the next dose reduction is made, the expert panel said.

The Quality Standard, which identifies priority areas for quality improvement in care for adults with depression, states that more should be done to support minority ethnic communities in accessing mental health services.

dr Paul Chrisp, from Nice, said millions of people were taking antidepressants and it was important that those who wish to stop taking the medication should have support from their GP or mental health team.

He said: “It should be emphasized that there is no one-size-fits-all approach to antidepressant withdrawal.

“The way it should be done must be left to the individual and their healthcare professionals to agree on a way it can work, and only if side effects can be safely managed.”

Antidepressants, which include popular brands such as Prozac, Cipramil, and Seroxat, have been shown to be effective in treating moderate to severe depression.

However, research by charities has found that many patients are left in the dark about the side effects of antidepressants and other psychiatric treatments.

In 2019, the regulator changed its guidelines to recognize that “severe” side effects of stopping antidepressants can last “months or longer,” with symptoms including confusion, anxiety, sweating, trouble sleeping, and “altered feelings.”

Mental health charity Mind welcomed the new guidelines, which it hopes will “provide a focus for improvement in this area”. However, the charity said GPs would need help to achieve this because there is no mandatory practice-based mental health training, despite an estimated 40 per cent of all appointments dealing with the issue.

Stephen Buckley, Mind’s Head of Information, said: “Unfortunately, we know that the vast majority of GPs don’t feel they really have the skills to help people wean off their medication.

“As such, GPs need to be given adequate support, resources and training to help patients effectively with this.

“It is also important that patients are given enough information when they are first prescribed medication so that they understand the length of time they may be prescribed for or the potential difficulties they may have if they stop taking those medications. ‘

Professor Kamila Hawthorne, chair of the Royal College of GPs, said antidepressants can be an effective treatment when prescribed appropriately, but most patients should not have to rely on medication long-term.

She said: “Generally, we need to increase access to alternative mental health treatments in the community across the country – and for general practitioners, including an increasing number of mental health therapists.

https://www.dailymail.co.uk/health/article-11642305/Doctors-urged-wean-millions-patients-antidepressants.html?ns_mchannel=rss&ns_campaign=1490&ito=1490 Doctors are being asked to wean millions of patients off antidepressants