Dolphins CEO Terry Reader has confirmed the new NRL club will have enough funds to sign a marquee player for next season and afford Melbourne superstar Cameron Munster from 2024.

The Dolphins are yet to sign someone in the playmaking positions that could truly be called a marquee just two months before Expansion Club’s first preseason.

Five-Eighth Munster, who is signed in Melbourne until the end of 2023, is the Dolphins’ main target for 2024 but the Storm have reiterated they will not let him go a year early. 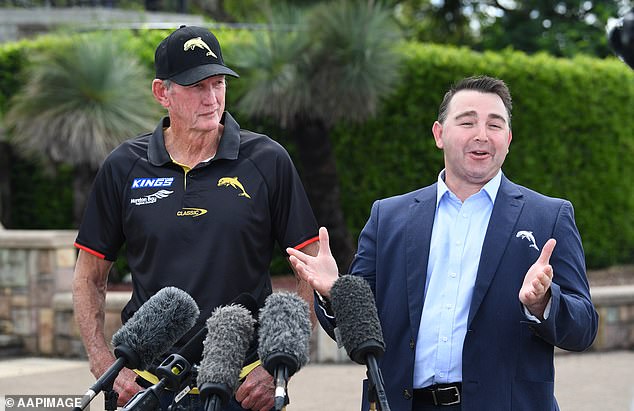 Reader said that doesn’t mean the Dolphins have to wait 12 months to get a marquee player.

He conceded there were “not many” players of Munster’s caliber available for 2023 but with a fluid NRL player market, the situation can change in an instant. Either way, the dolphins are ready to dive.

“We certainly have the salary cap space to accommodate a marquee player for 2023 and we will do so if the right one is available and will benefit our club,” Reader said.

The Storm are looking to extend Munster’s contract and he will attract offers from other clubs. Dolphin trainer Wayne Bennett has made it clear that he is the franchise’s number one target.

Munster has been heavily associated with the NRL newcomers and is their No. 1 destination

“Wayne would like Cameron here and the club is no different. That has a bit of time to play out, but he’s someone we’d like to add to our team,” Reader said.

“When you have one of the best players in the game leaving his contract, clubs will be interested and we are no different.”

Reader confirmed the Dolphins had signed 26 players for the next year, including a number of players on the development list.

“Once the season is over, this market shifts into another gear and a lot of things are going to happen.

“It’s a dynamic player market and there’s a lot going on behind the scenes. We still have signings to do before our pre-season starts and even before we expire in March next year.