By Helena Kelly for Dailymail.Com

Eighteen prison officers were hospitalized after being exposed to a drug at a correctional center in central Illinois.

Officers suffered from lightheadedness, dizziness, vomiting and nausea after responding to a “medical incident” involving a person in custody who was under the influence of an unknown substance.

It comes as a union leader warned that incidents of officers being drug-exposed in prisons are on the rise.

On Wednesday, eighteen employees at Hillsboro’s John A. Graham Correctional Center were being treated at local hospitals, CBS News reports. 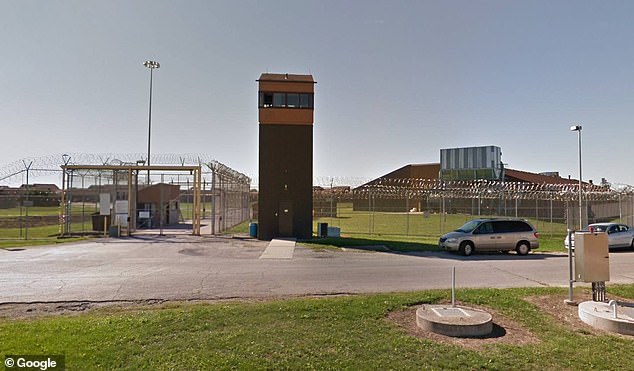 Graham Correctional Center is a medium-security adult male prison that opened in 1980 with a capacity of 1,596 inmates

Most have since been released, but some are being kept for observation.

An unknown number of inmates were also treated at the Graham Correctional Center medical facility, which is about 65 miles northeast of St. Louis.

It is a medium-security adult male prison that opened in 1980 with capacity for 1,596 inmates. It currently houses 1,328.

The Illinois State Police are now working with hazmat crews to determine what the substance is.

State Department of Corrections spokeswoman Naomi Puzzello said: “All staff who may have encountered the unknown substance have been taken to a local hospital as a precaution.

“All staff are currently stable and many have already been laid off.”

Anders Lindall of the American Federation of State, County and Municipal Employees Council 31 (AFSCME) said a union meeting was underway at the jail when the call came and members broke up the meeting to take colleagues to the hospital and provide other assistance .

He told CBS, “The problem of exposure to pollutants in prisons is increasing.”

“AFSCME has been sounding the alarm for months to tighten protocol for both incoming mail and visitor screening.”

A law enforcement official told KTVI in St. Louis, the sister station of WCIA-TV, a CBS Champaign, Illinois affiliate, that local authorities were told to supply any available NARCAN to the facility.

NARCAN is a drug commonly used to counteract the effects of opioids.

Fox News says it heard from local sources the substance was fentanyl, a potent synthetic opioid – although experts have previously expressed doubts about its effectiveness