Theranos scammer Elizabeth Holmes made an “attempt to flee the country” by buying a one-way ticket to Mexico shortly after her conviction last year, according to federal prosecutors.

Prosecutors made the dramatic allegation in a court filing on Thursday, in which they opposed Holmes’ request to remain free on bail while she appeals her conviction and 11-year sentence.

Holmes, 38, was convicted on Jan. 3, 2022 for leading investors to believe her startup Theranos had developed a revolutionary medical testing device. She is scheduled to report to jail on April 27, past the due date of her second pregnancy.

The new filing shows that weeks after her conviction, the government discovered that Holmes had reservations on a flight to Mexico on Jan. 26, 2022, with no apparent return ticket.

When prosecutors contacted one of Holmes’ attorneys, he claimed that she booked the ticket before the jury’s verdict and expected to make the international trip after she was found not guilty. 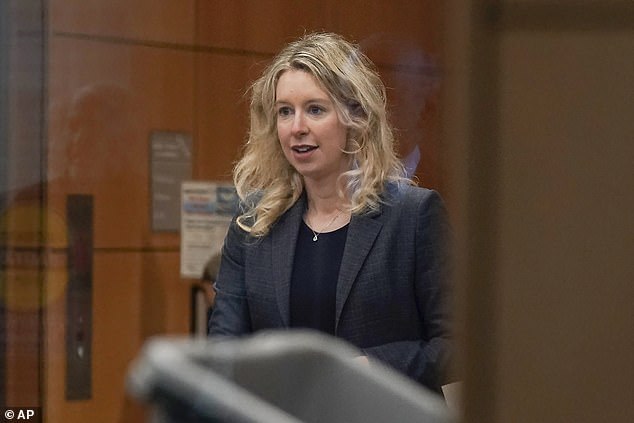 “The hope was that the verdict would be different and Ms. Holmes would be able to make this trip to attend a close friend’s wedding in Mexico,” Holmes’ attorney, Lance Wade, told prosecutors in an email attached the court record.

Wade claimed in the email that Holmes forgot to cancel the flight reservation “in the midst of everything that was going on,” but promised her he would do so.

But for prosecutors, the incident was a troubling alleged escape attempt. “It was only after the government raised this unauthorized flight with the defense attorney that the trip was canceled,” the motion argued.

The filing says Holmes’ husband, Billy Evans, left the country on a scheduled flight to Mexico on January 26 and only returned six weeks later from Cape Town, South Africa.

The new government filing also claims that Holmes “continues to show no remorse to its victims,” ​​including the investors whose roughly $900 million investment in Theranos went up in smoke when the company’s deception was exposed.

Holmes’ legal team has not acted on the government’s request, and Wade did not immediately respond to a request for comment from DailyMail.com on Friday afternoon.

In November, US District Judge Edward Davila sentenced Holmes to 11 years in federal prison and delayed the start of her sentence until April 27 because of her pregnancy.

Holmes, whose first pregnancy delayed her trial, is currently pregnant with her second child and is scheduled to give birth before reporting to prison.

She is appealing the conviction and verdict in the US Circuit Court of Appeals, asking for a new trial and has asked to remain at liberty pending a decision on her appeal.

In the filing, Holmes’ attorneys said: “This was a complex, hard-fought trial spanning several months, with numerous witnesses and hundreds of exhibits, which resulted in a split verdict. The file is teeming with opposition problems.’

Holmes’ record also alleged that the judge made mistakes, which included allowing the jury to hear about government action against Theranos, and the cancellation by the company of all test results of its “Edison” machines

A jury convicted Holmes, who was CEO during the company’s turbulent 15-year history, on three counts of wire fraud and one count of conspiracy to commit fraud after seven days of deliberation.

She was acquitted on four other counts of fraud and conspiracy alleging she also deceived patients who paid for Theranos blood tests.

The prison camp recommended by the judge is in Bryan, Texas, about 100 miles north of Houston, where Holmes attended high school. It is intended for female inmates and currently houses about 540 inmates.

https://www.dailymail.co.uk/news/article-11659343/Elizabeth-Holmes-tried-flee-Mexico-following-conviction-prosecutors-say.html?ns_mchannel=rss&ns_campaign=1490&ito=1490 Elizabeth Holmes attempted to flee to Mexico after her sentencing, prosecutors say