An Australian biotech success story that “started a revolution in the way infectious diseases are diagnosed” has entered voluntary administration despite being the first company Down Under to send rapid antigen tests to the US.

Brisbane-based Ellume Limited announced on Thursday that it was putting its Australian arm into administration to find “the best way to ensure the company’s viability”.

The American part of the company, Ellume USA LLC, has not entered voluntary administration and will continue to trade as usual.

“Administrators will seek to maximize the chances of Ellume exiting the management process in an orderly manner,” said Mr. Park.

‘The Administrators intend to continue trading the company as usual while we undertake an independent assessment of the company’s financial condition and ongoing profitability.’

The company made $300 million back in February 2021 when it signed a deal with US President Joe Biden’s administration to ship 8.5 million rapid antigen tests (RATs) overseas.

But the company has had its problems in recent years, including a mass recall in 2021 after the accuracy of its Covid home tests was questioned. 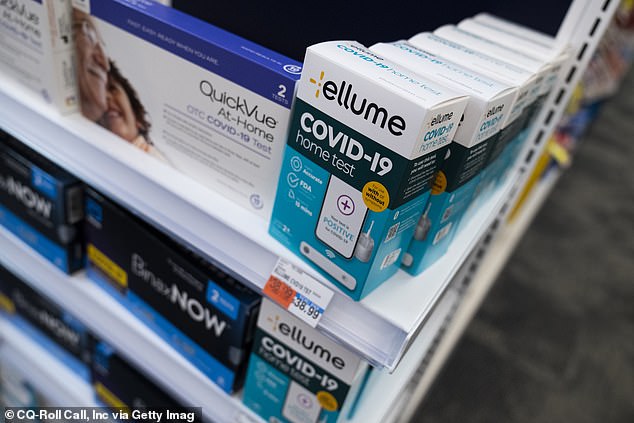 Brisbane-based Ellume Limited, which was the first to send rapid antigen tests (RATs) to the US, signed a deal worth more than $300 million in February 2021

In November, Ellume Limited was forced to pull more than two million of its RATs from shelves in the US after regulators found the tests occasionally gave false positives.

The US Food and Drug Administration’s order was a Class I recall, the most serious level issued by the government agency.

Ellume, meanwhile, recalled nearly 200,000 of its Covid home tests in October after separate concerns they could show false positives due to a recently identified manufacturing issue.

dr Sean Parsons, CEO and founder of Ellume, said he is proud that the company has always been a pioneer in medical technology.

“We wanted to start a revolution in the way infectious diseases are diagnosed,” he said.

“I am incredibly proud of Ellume’s achievements during what has been an unprecedented, challenging and dynamic time.

‘We are entering into a voluntary management process for the Australian company to help determine the best course of action to secure and strengthen a future for Ellume.’

Ellume’s CEO and founder, Dr. Sean Parsons (pictured) said: “We are entering into a voluntary management process for the Australian company to help determine the best course of action to secure and strengthen a future for Ellume.”

A creditors’ meeting will be held in mid-September.

Ellume Limited was once valued at more than $500 million.

dr Parsons previously spoke about how excited he was to bring Ellume antigen rapid tests to the United States when the country’s Food and Drug Administration granted it an emergency use authorization.

“We’ve been developing this technology for a decade,” he said.

“That’s part of the puzzle. It doesn’t replace masks and it certainly doesn’t replace vaccines. It’s another piece of the response puzzle to help America get back on its feet.’

Malcolm Turnbull, who was abused by socialist activists during a disastrous performance at Sydney University