Elon Musk’s lawyers have subpoenaed a former Twitter security chief who claimed company executives knew about the site’s lax security and were providing false testimony to the public.

Peiter Zatko, who goes by the nickname Mudge in the hacking community, filed a scathing whistleblower complaint last month claiming the social media giant had failed to reach out to the public and Musk about its security practices.

He accused Twitter of years of “material misstatements and omissions” about security and privacy, and claimed company executives “lied” about the number of spam or bot accounts.

The company has firmly denied those claims, but Musk’s legal team is now asking Zatko to appear for testimony on Sept. 9 in the billionaire’s ongoing legal battle to withdraw from his $44 billion acquisition of Twitter.

Lawyers have also requested more information on reports of privacy vulnerabilities that Zatko may have sent to Twitter CEO Parag Agrawal or other senior officials, and are urging the company to provide more information about the section of Twitter’s annual report dealing with fake accounts goes.

The move comes as the Tesla CEO prepares to face Twitter executives in federal court in October.

He has argued for weeks that company executives misled him about the number of fake accounts on the platform – which he relied on when agreeing to the takeover. 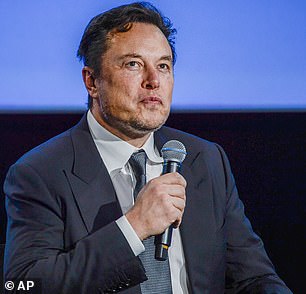 Elon Musk’s lawyers have subpoenaed former Twitter security chief Peiter Zatko to appear for testimony in the billionaire’s ongoing legal battle to get out of his $44 billion agreement to buy the company. Zatko filed a scathing whistleblower complaint last month alleging the social media giant lied to the public and to Musk about its security practices

Zatko, a former security chief at Twitter, filed his whistleblower complaint with the Securities and Exchange Commission, the Federal Trade Commission and the Justice Department in July after preparing it for months.

It included a section titled “Lying about bots to Elon Musk,” reports Business Insider, and accused Twitter executives of misrepresenting how robustly it measures and fights bots and spam accounts.

He specifically targeted a tweet Agrawal posted in May that said Twitter was “strongly motivated to identify and remove as much spam as possible.”

The complaint said, “Agrawal’s tweet was a lie,” adding, “Agrawal knows very well that Twitter executives have no incentive to accurately ‘discover’ or report spam bots on the platform.”

Zatko further explained that while employees are encouraged not to count spam accounts as “monetizable active users” — a metric Twitter provides to advertisers — they have little incentive to spot spam accounts among the large number of accounts , which do not count as mDAUs.

By 2021, Zatko wrote, he asked Twitter’s head of site integrity roughly how many accounts were spam and was told, “We don’t really know.”

“Deliberate ignorance was the norm in the leadership team,” Zatko claims in the whistleblower complaint.

For Musk’s attorneys to use Zatko’s arguments, he would either have to amend his counterclaim or file a complaint with the Securities and Exchange Commission

Zatko specifically pointed out a tweet Agrawal posted in May that said Twitter was “strongly motivated to detect and remove as much spam as possible” and said it was a “lie”.

But if Musk wants to use any of those claims in his bid to get out of his acquisition of the social media giant, he’ll either have to amend his counterclaim against Twitter or file a complaint with the Securities and Exchange Commission — which also presides over three Cases against the Tesla CEO.

According to the New York Times, however, to change the counterclaim against Twitter, Musk would need permission from the Delaware Chancery Court — and presiding judge Kathleen St. J. McCormick could be reluctant to let him do so before the trial begins in October.

That would leave Musk’s attorneys an opportunity to file a state securities fraud lawsuit against Twitter, arguing that he has the right to walk out of the transaction under the laws governing the sale of securities.

You could argue that Zatko’s concerns should have been disclosed in Twitter’s most recent annual report, a point Musk’s attorney Alex Spiro alluded to in a hearing last week.

But that could also get a little murky, as regulators are already investigating the Tesla CEO after he delayed reporting his takeover from Twitter and therefore failed to adequately warn of an impending takeover bid.

He’s also faced skirmishes with the SEC in the past, with the regulator demanding that all of Musk’s tweets be monitored after accusing him of raising stock prices.

Most recently, a US judge chided him for trying to avoid a settlement with the SEC demanding oversight of his Tesla tweets.

Musk will face Twitter execs in a federal trial in October in Delaware Chancery Court (pictured).

Still, Musk has seen some success in his efforts to get out of his Twitter deal.

Last week, Judge Kathleen McCormick ruled that Twitter execs must give the Tesla CEO more data about his fake accounts.

She ordered Twitter to turn over data on 9,000 accounts the company audited in late 2021, opening the door for that information to be used in Musk’s efforts to end the $44 billion deal.

“Some additional data from the plaintiff (Twitter) appears warranted,” McCormick wrote in her four-page judgment without elaborating.

And a letter revealed Wednesday that the Securities and Exchange Commission had questioned the company in June about its methodology for calculating false or spam accounts and “the underlying judgments and assumptions of management.”

The law firm Wilson Sonsini of Palo Alto, California, responded to the SEC in a June 22 letter that the company believes it adequately disclosed the methodology in its 2021 annual report filed.

The letter states that Twitter bases its estimates of false accounts on an internal review of sample accounts.

Accounts are selected at random, and staff use a complex set of rules “that define spam and platform manipulation.”

An account is considered false if it violates one or more of the rules, the letter said. The fake accounts would be examined by several trained employees, it said.

The number of fake accounts “represents the average fake or spam accounts in the samples during each monthly analysis period during a quarter,” the letter said.

It added that in the fourth quarter of last year, the period the SEC questioned, less than 5 percent of daily “monetizable” active Twitter users were fake accounts.

The SEC is interested in both numbers because they’re used by Twitter to attract advertisers, whose payments account for just over 90 percent of the company’s revenue.