EXCLUSIVE: “It was like going back to the theater troupe days!”: Ema Horvath admits she “learned from everyone” in the all-star cast of LOTR: The Rings of Power while attending the 450th… -Million dollar series turned

Ema Horvath has revealed that appearing alongside an all-star cast in The Lord of the Rings: The Power Rings was like going “back to her days as a theater company”.

The 28-year-old actress will play the character Eärien, a second-aged lady, in the highly anticipated Amazon Prime series, which begins Friday September.

Speaking exclusively to MailOnline at the series’ world premiere in London, Horvath said she learned a lot about the craft of acting from her co-stars. 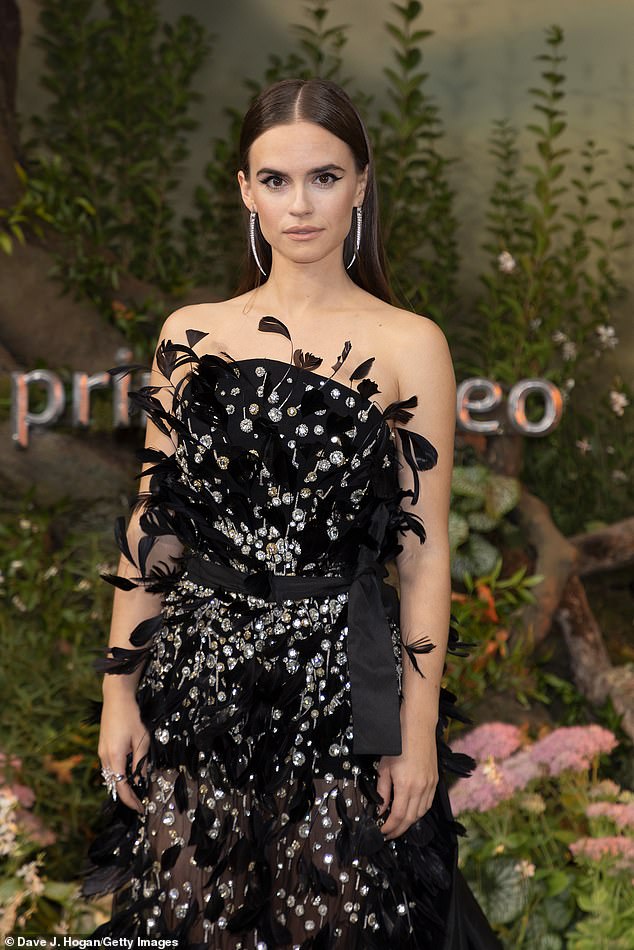 EXCLUSIVE: Ema Horvath has revealed that appearing alongside an all-star cast in Lord Of The Rings: The Rings Of Power was like a throwback to her theater troupe days.

“It was amazing because we were 22-23 and it was like going back to the theater company days,” Horvath began.

“And everyone has a different acting background in some way, so you learn for everyone.”

New series: Ema plays the character Eärien, a lady of the second age (pictured) in the new Lord of the Rings: Rings of Power series

She added that when she landed the coveted role on the series, she had only a “superficial” understanding of the Tolkien universe, but “dived in” as soon as she landed the part.

“I had a very superficial understanding of this when I got the job,” admitted Horvath.

“I had done a play [played] Bombur the Dwarf, I knew The Hobbit and Lord of the Rings but it wasn’t until I got the job that I really got into it.”

She added that she was “relieved” to land the role after waiting three weeks for a response from producers.

“It was amazing because we were 22-23 and it was like going back to the theater company days,” said Horvath

The Rings of Power was adapted from JRR Tolkien’s book of origin stories entitled The Silmarillion, edited and published posthumously by his son Christopher Tolkien in 1977.

The $450 million eight-part prequel series from JD Payne and Patrick McKay will stream its first two episodes on September 2nd.

Originally played by two-time Oscar winner Cate Blanchett in the Peter Jackson films, Morfydd Clark took on the role of the most beautiful royal elf Galadriel in the TV spin-off.

In the trailer, Galadriel is a sword-wielding commander who urges her soldiers to “keep moving” and fight beasts.

Leading actress: Morfydd Clark takes on the role of the most beautiful royal elf, Galadriel, in the TV spin-off originally played by two-time Academy Award winner Cate Blanchett in the Peter Jackson films

“There’s a storm raging inside me,” Galadriel says menacingly in the preview. ‘Without [my sword]what should I be?’

“It’s been really exciting to explore how they become who they are known to be,” Morfydd told TheWrap last week.

‘There [is a line] Galadriel talks at one point about how with wisdom comes a loss of innocence, and that’s what I really focused on – that she needs to lose some innocence, she needs to gain some wisdom to become the Lady of Lothlórien that we know her to be be.’

“It’s been really exciting to explore how they become who they are known to be,” Morfydd told TheWrap last week

https://www.dailymail.co.uk/tvshowbiz/article-11162513/Ema-Horvath-admits-learned-star-cast-LOTR-series.html?ns_mchannel=rss&ns_campaign=1490&ito=1490 Ema Horvath admits she “learned from everyone” in the LOTR series’ all-star cast.

The search for a missing woman, 22, turns into a criminal investigation after she disappears from a gas station