Eric Cantona tells Cristiano Ronaldo his failure to ‘accept that he’s NOT 25 anymore’ – while not helping the Man United youngsters in doing so – led to his bitter exit as he compares retiring to ‘dying’.

Manchester United legend Eric Cantona believes Cristiano Ronaldo’s refusal to accept that he is nearing the end of his career led to his bitter exit from Old Trafford.

Ronaldo returned to the ‘theater of dreams’ in 2021, scoring 24 goals in all competitions in his first season with the club.

However, he fell out of favor under Erik ten Hag at the start of the current season and subsequently gave Piers Morgan a wide-ranging interview criticizing the manager and the club. 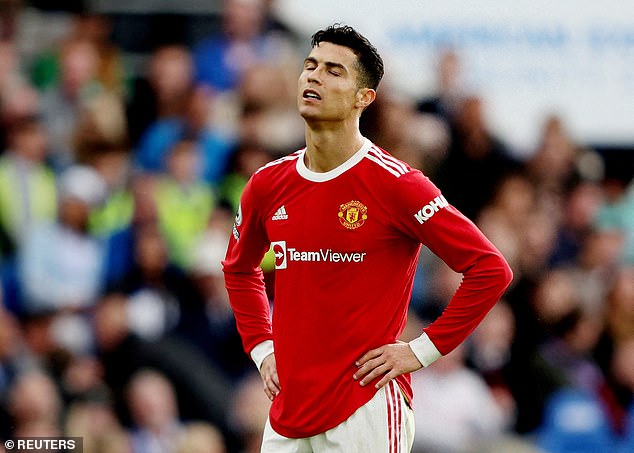 This interview marked the end of his time at United as his contract was torn up and he is now joining Saudi Arabian club Al-Nassr.

Ronaldo turns 38 next month and Cantona believes Ronaldo’s downfall at United is because he hasn’t accepted that he’s getting older and that his role in the team has changed.

“I think there are two types of players at the end of their careers. I’ve decided to retire young, that’s a different matter. And then the one who wants to play and play until they’re 40,” Cantona said Manchester evening news.

“But her part is to help the young players. Like (Zlatan) Ibrahimovic still does with Milan, Ryan Giggs or (Paolo) Maldini when he was in Milan.

“But I don’t think Ronaldo realized – and he still doesn’t realize it – that he wasn’t 25 years old. He’s just older and he should have realized that instead of not being happy playing some games, he should be like, ‘Okay, I’m not 25 years old, I can’t play every game, but I’m going to help the young players help and accept this situation and finish my situation”‘.

Cantona left football in sensational fashion when he was just 30, seemingly still at the peak of his powers after helping United to four league titles in five seasons.

Since then he has made a career of himself in the film industry as an actor, director and producer as he has proven he can progress from football.

But he is fully aware of how hard coping with retirement can be and has indicated he feels some sympathy for Ronaldo, comparing the end of a career to dying.

“It’s like everywhere in the world, there are people who accept that they are older. you have to accept it In everything we do. Not just in football. In everything,” he continued.

“You have to start something else. And before you die you get old and you have to accept that you are getting old. You can’t do the things you do.

“You have to accept that, or you retire, or you say I’m helping the younger generation.”

How To Make Fried Potatoes... And Why You Did It WRONG