By Ross Ibbetson for Dailymail.com

A Texas man has allegedly shot and killed his ex-girlfriend’s new lover after tracking her location via an app and warning her, “I told you what I would do if you ever cheated on me.”

Wood, a 37-year-old father of one child, was found with a gunshot wound to the chest on the sidewalk at the 1400 block of South Meadows Drive. He died at the scene. LaMountain fled but was apprehended less than an hour later.

LaMountain’s ex-girlfriend told police he found out she was cheating on him with Wood in late December after using a location-sharing app to find out she was at his house.

She admitted the affair and split from LaMountain on January 8.

Two days after the split, she received a text message from LaMountain while at Wood’s house, according to the affidavit. 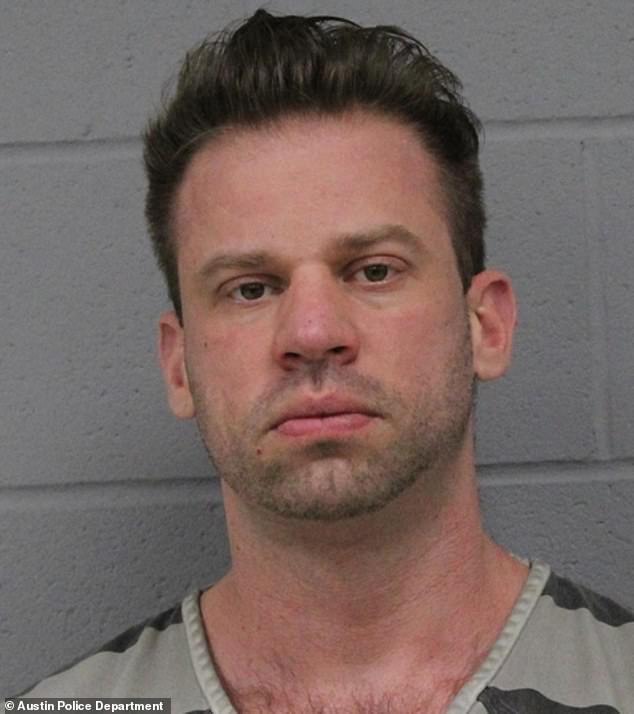 “I told you what I would do if you ever cheated on me and I still have his address,” he reportedly told her.

She asked if he would kill her and he replied, “You don’t.”

He sent pictures of a gun and a screenshot from a ride-sharing app showing he was heading to Wood’s house.

The woman told Wood about the news, but he didn’t think LaMountain posed a real threat, so he stayed and insisted she go home.

While she was on her way home, LaMountain called her to tell her he had killed Wood, the affidavit said.

LaMountain, who is charged with first-degree murder, allegedly admitted to police that he dressed all in black before taking a ride to Wood’s home.

He allegedly told police he hit Wood in the head with a gun in the front yard of his home.

LaMountain claimed that Wood turned to run away and that he shot him.

“LaMountain said he fired his firearm until it was empty and the bolt was locked back,” KXAN records said.

Wood, who leaves behind a six-year-old son, was described by friends and family as someone who “had a way of making everyone feel special”.

Wood, who leaves behind a six-year-old son, was described by friends and family as someone who “had a way of making everyone feel special”.

In an online fundraising post, Wood’s friend Erica Moreno wrote: “He was a genuine man who could always make you laugh on your worst days and even on his worst days he still gave you a big smile and made you feel welcome .

“He was just a pleasure to be with and someone you would be proud to consider a friend.

“Gavin has been a great provider to his family. He has worked hard to make sure his loved ones always have what they need.”

Travis County court documents show that LaMountain was charged with murder and a judge posted bail of $1 million.

LaMountain has been in the Travis County Jail since Monday, records show.

His next hearing is scheduled for February 3, 2023 in the Travis County 460th Circuit Court in Austin.