Everton majority owner Farhad Moshiri has claimed it is none of his business whether Frank Lampard remains as manager.

The Toffees fell to 19th in the Premier League on Saturday after a 2-0 defeat by fellow contenders West Ham, raising doubts about Lampard’s future at the club.

They are now level on points with bottom side Southampton, who beat Everton last week and have not won a game since October. 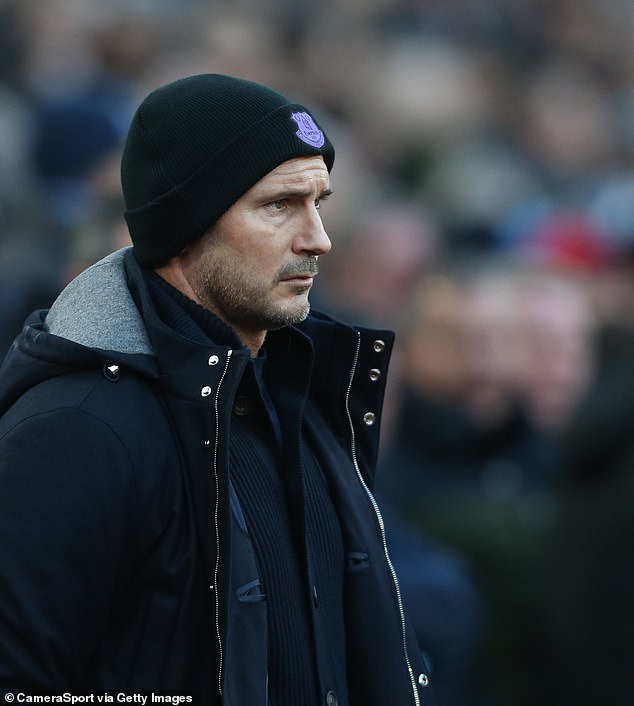 When confronted by Sky Sports after the game, Moshiri was unable to give his manager a vote of confidence, simply replying: “It’s not my decision” when asked if the former Chelsea midfielder’s time was up.

Club chairman Bill Kenwright added: “It’s been a bad result streak for all of us and for Frank. We just gotta start winning, don’t we? It’s time.’

It comes after a tumultuous few weeks for the club on and off the pitch, during which protests at Goodison Park and board members have been told not to attend over safety concerns.

There were empty seats in the director’s box due to Everton’s defeat by Saints last weekend and their next home game against Arsenal has also been ruled ‘high risk’ after ongoing safety concerns.

Many fans have struggled with the way the club is run and peaceful protests have been mixed with players being confronted outside their cars and reports of attacks on board members.

Despite the gloom at Everton at the moment, the stumbling block at the bottom of the Premier League means they remain just two points shy of Wolves in 17th place and could turn their season around with some improved results.

They will next be in action against leaders Arsenal next Saturday as they attempt to remain in the top flight after 119 years without relegation.