The former Man United star looks unrecognizable as he drinks pints with a fan in a Manchester pub… but can you guess who the Old Trafford legend is?

Manchester United fans were left stunned by the appearance of one of the club’s former stars after he posed for a photograph in a pub.

The ex-United player had spent 11 years at Old Trafford during his career before returning to the club to spend 13 years on the coaching staff.

Fans were still struggling to spot the former Scotland international after he was spotted with a large bushy beard sipping a pint next to a fan at the Gold Cup pub in Manchester. 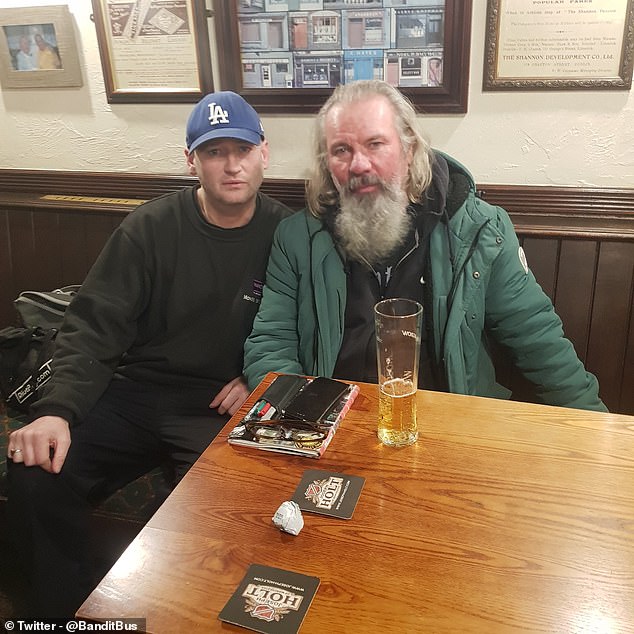 Fans were shocked by the appearance of this former Manchester United star (pictured right).

Brian McClair’s photo has gone viral after fans were shocked by his looks.

McClair had spent most of his United career clean-shaven and had brown hair, now replaced with a long white bear and gray hair.

“My hero and one of the most underrated forwards of all time,” said one supporter.

McClair was a manager at Man United for 13 years, including as head of the club’s youth academy

Another added: “Great player and adjusted his style over time, class”.

“Absolute belt guy, he’s had plenty of time with us younger boys,” one tweeted.

McClair became the first United forward to score 20 goals in a season since George Best, having struck 24 times in his first season following a move from Celtic in 1987.

The forward was part of four teams that won trophies at Old Trafford, winning the FA Cup three times and the 1991 UEFA Cup Winners’ Cup.

McClair also scored the UEFA Super Cup-winning goal against Red Star Belgrade in 1991 before repeating the feat the following year in the League Cup final against Nottingham Forest.

He returned to Old Trafford in 2001 to join the coaching staff and was head of the club’s youth academy until 2015.

https://www.dailymail.co.uk/sport/football/article-11648973/This-ex-Man-United-star-gone-viral-guess-Old-Trafford-legend-is.html?ns_mchannel=rss&ns_campaign=1490&ito=1490 Ex-Man United star looks unrecognizable… so can you guess who the Old Trafford legend is?