By Sami Mokbel for the Daily Mail

The Football Association is defying the findings of its own independent panel, which ruled that disgraced former Crawley Town boss John Yems is not a “conscious racist”.

The governing body is facing a major backlash against the report released on Tuesday related to the investigation into Yem’s disgusting racist taunts towards players during his time as head of Crawley.

In the written justification, the independent regulatory commission said Yems is not a “conscious racist” – something that has sparked outrage across the football community. 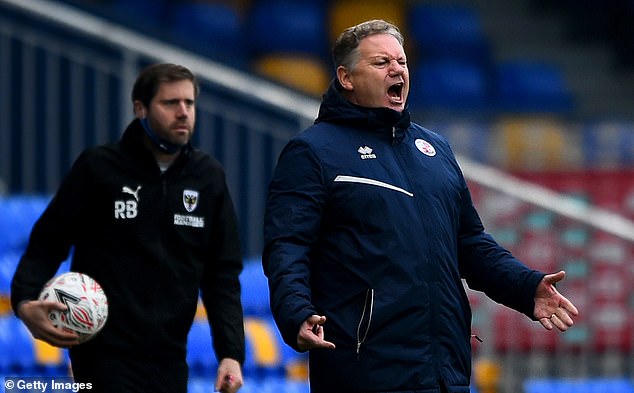 While they made it clear that they did not view Yems as a racist, the FA panel concluded his behavior struck many of Crawley’s players as “offensive, racist and Islamophobic”.

“We consider this to be an extremely serious case,” the FA report said.

“We have accepted that Mr Yems is not a knowing racist. If so, an extremely long, even permanent, suspension would be appropriate.’

However, we have learned the FA disagrees with the dissolution of its own independent panel that Yems is not a “conscious racist” based on the evidence presented to the commission.

In addition, the board believes that the 18-month suspension imposed on Yems – the longest ban ever imposed for discriminatory language – is not strong enough and initially called for a tougher sentence.

The FA concluded that Yems is not a “conscious racist” but the allegations against him, which have been confirmed by its independent panel, remain shocking

The FA brought 16 discrimination charges against Yems after allegations surfaced last year. During the investigation, 12 charges were confirmed or admitted.

Nonetheless, the FA came under fire after its own panel said Yems was not a “conscious racist”.

“Based on the evidence presented to the Commission, we fundamentally disagree with the independent panel’s finding that this was not a case of knowing racism.

Ian Wright and Anton Ferdinand were among the high-profile figures to condemn the FA’s written reasons on social media.

Similarly, the anti-discrimination organization Kick it Out has also criticized the report of the FA’s independent commission.

Although Yems was described as “not a knowing racist”, the FA said his “banter was undoubtedly perceived by the victims and others as offensive, racist and Islamophobic”.

“Given the seriousness of the incidents described, it is very difficult to understand how the independent FA panel concluded that ‘Mr Yems is not a knowing racist’.

“We don’t share that point of view. The behavior outlined in the report must be called exactly what it is, racism and Islamophobia.

“To be clear, a 15-month ban given the seriousness of the 11 proven charges is a slap in the face to victims of the discriminatory abuse detailed in this report and to anyone who has faced racism or Islamophobia.”

https://www.dailymail.co.uk/sport/football/article-11649107/The-FA-opposes-independent-panels-verdict-John-Yems-not-conscious-racist.html?ns_mchannel=rss&ns_campaign=1490&ito=1490 FA rejects their OWN independent panel’s ruling that John Yems is ‘not a knowing racist’.

Why workouts DO NOT work: Fitness experts reveal why you're not seeing results