By Daniel Jones Consumer Affairs Editor for The Mail On Sunday

Families face groundbreaking energy bills of £100 a week over the next month and millions are turning on the heating as prices rise 27 per cent.

Yesterday’s increase in the price cap from £1,971 to £2,500 means the average weekly gas and electricity consumption will rise from the £75 a week it would have cost to £100 or more next month as boilers run longer.

British Gas defines average energy use as two or three people in a three bedroom house – but a family of four could pay £120 a week.

The government’s £400 energy bill support scheme works at a rebate of £7 a week over a year, so many families’ bills will still be £100 in cold weeks. 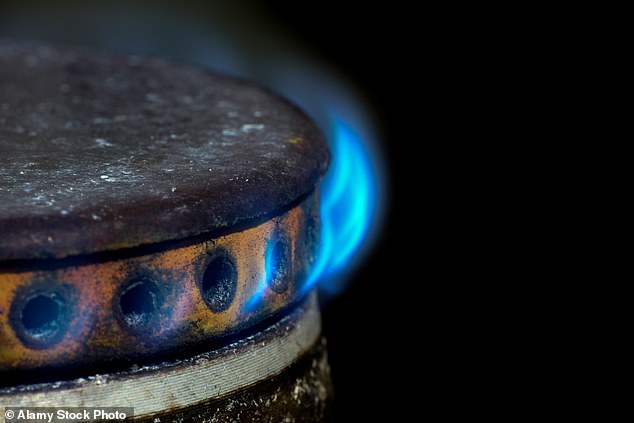 Families face groundbreaking energy bills of £100 a week over the next month and millions are turning on the heating as prices rise 27 per cent. file image

About £2.8 billion is spent weekly on energy bills in Britain’s 28 million households as winter bites, almost double the chilly weeks of last winter.

Peter Smith, of charity National Energy Action, said: “Energy bills of £100 a week are a milestone and totally unaffordable for low income households and even some middle income households.

“Even including government support, the bills are now almost double what they were last year.

“Some people just don’t turn on the heating, making homes dangerously cold. The government must help these households get through the winter.’

British Gas defines average energy use as two or three people in a three-bedroom house – but a family of four could pay £120 a week. file image

Gareth McNab, director of foreign affairs at Christians Against Poverty, said: “It is appalling that energy costs could reach £100 a week this winter.

“Remember that many people will pay more – as if your energy consumption is higher than average, you pay more than average.

“Now middle earners are increasingly challenged to keep track of their most important bills as energy price hikes come on top of soaring food and fuel prices.”

Energy company websites are swamped as millions scramble to upload meter readings at the cheaper rate that ended Friday night.

The price cap hike comes amid the cool northern air which has seen Scotland begin to experience winter frosts and even snow, with many homes turning on radiators for the first time since spring – driving up electricity consumption.

Bills will soar even higher from November as the average household has to spend £70 a week on gas during colder winter weeks as boiler consumption increases by 25 per cent when it’s cold, heating trends show.

According to government data, four-fifths of annual household gas consumption occurs between November and the end of winter.

Electricity consumption is said to cost £30 for an average home during colder winter weeks as household appliances, appliances and lighting are used more, consumption data shows.

The Government said: “The £2,500 energy price guarantee saves the average household £1,000, on top of the £400 energy bill rebate for all households.”

https://www.dailymail.co.uk/news/article-11271043/Families-face-100-weekly-energy-bill-turn-heating-longer-autumn.html?ns_mchannel=rss&ns_campaign=1490&ito=1490 Families will save £100 a week on electricity bills if they leave the heating on longer this autumn