A former intelligence official who signed the infamous letter claiming Hunter Biden’s laptop had the markings of Russian disinformation now says a “significant portion” of the documents found “had to be genuine”.

Still, Douglas Wise, a former deputy director at the Defense Intelligence Agency, told The Australian he had no regrets signing the October 2020 letter from 51 former intelligence officials who doubt the laptop’s authenticity.

Wise explained, “We all felt that a significant amount of this content had to be genuine for Russian disinformation to be credible.”

He also said he was “not surprised” when the laptop, which Hunter left at a Delaware repair shop before the owner turned it over to the FBI and Donald Trump’s then-attorney Rudy Giuliani, was authenticated.

DailyMail.com authenticated the laptop in 2021, with mainstream outlets like CBS, the Washington Post and the New York Times following in 2022. 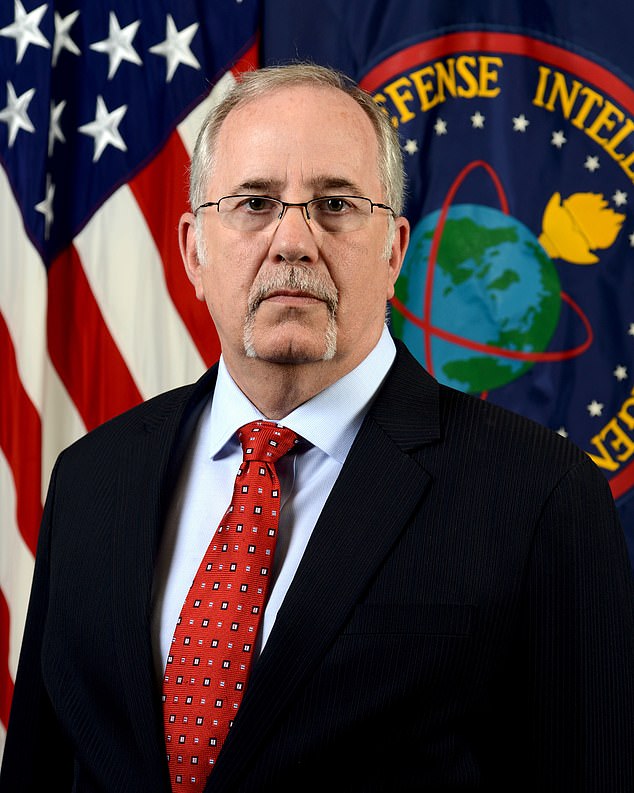 Douglas Wise, a former deputy director at the Defense Intelligence Agency, told The Australian he had no regrets signing the October 2020 letter from 51 former intelligence officials who doubted the laptop’s authenticity.

The first son’s laptop contained lewd photos documenting his drug-fueled bends, details of his shady international dealings, and emails in which Hunter appeared to be selling access to his then-vice presidential father. Above is Joe Biden, Beau Biden – Hunter’s son – and Hunter on July 4, 2022

Wise downplayed the impact of the writing, which was being touted by the White House at the time and used as a cloak to play up the possibility that the laptop could be the work of the Russians.

“The letter said it showed the hallmarks of Russian deception and we should consider that as a possibility; it didn’t say Hunter Biden was a good guy, it didn’t say what he did was right and it wasn’t apologetic, it was just a warning letter.

He continued, “I don’t regret signing it because context matters.”

“Remember that Giuliani was just in Ukraine to find evidence on the Bidens and he met with a known Russian intelligence operative,” he said, apparently referring to pro-Moscow Ukrainian politician Andriy Derkach.

Wise added that the laptop’s “chain of custody” may have compromised it.

“Russians or even malicious conservative elements could have planted things in there,” he said.

The letter, which was also signed by former Secretary of Defense Leon Panetta, former Director of National Intelligence James Clapper and former CIA Director John Brennan, said there are “factors that make us suspicious of Russian involvement”.

“The arrival on the US political scene of emails allegedly belonging to Vice President Biden’s son Hunter, much of which is related to his tenure on the board of Ukrainian gas company Burisma, has all the classic hallmarks of a Russian information operation.” , so the report read two-page letter.

One of the photos found on Hunter Biden’s laptop

“We would like to emphasize that we do not know whether the emails … are genuine or not and that we have no evidence of Russian involvement,” she continued.

The letter also references “our view that Russians are involved in the Hunter Biden email issue” and concludes “it is very important to me that Russia stops interfering in our democracy.” .

The laptop bombshell was initially limited to platforms like Twitter and Facebook. Details of her decision to restrict news that could harm Biden near the election have been leaked through Elon Musk’s release of the Twitter files.

Wise’s comments come as House Republicans target the Biden family. The House Oversight Committee last week launched an investigation into the Biden family’s business dealings and how involved Joe was with Hunter’s work.

Republicans also set up the Select Subcommittee on the Weaponization of Federal Government to investigate reports that the FBI has slowed its investigation into the laptop’s revelations and pressured Twitter to censor the story.

Eric LaMountain allegedly shot Gavin Wood after tracking her location through an app.