Who is the mysterious man sitting at the gangsters’ table? Criminal exposed after Comancheros restaurant photo went viral

A mystery man pictured with several high-profile Comancheros has been revealed as a longtime biker partner and convicted drug importer.

Comanchero’s Sergeant-at-Arms Tarek Zahed was recently seen in public for the first time, three months after he miraculously survived being gunned down outside a west Sydney gym in May, an attack that claimed his brother’s life.

The photos emerged on social media a week before Zahed’s dramatic arrest in east Sydney on August 28.

On August 21, Allan Meehan, President of the National Comanchero Club, posted several photos with the caption, “Welcome back Tarek “hard2kill” Zahed,” along with the underworld figure and several other associates.

One of the staff pictured has since been identified as George Lergou, who spent time behind bars Supply and import of drugs into NSW.

Lergou is said to be a “very close” friend of Zahed and has established himself behind the scenes as a trusted figure at the biker club since his release from prison in 2018. 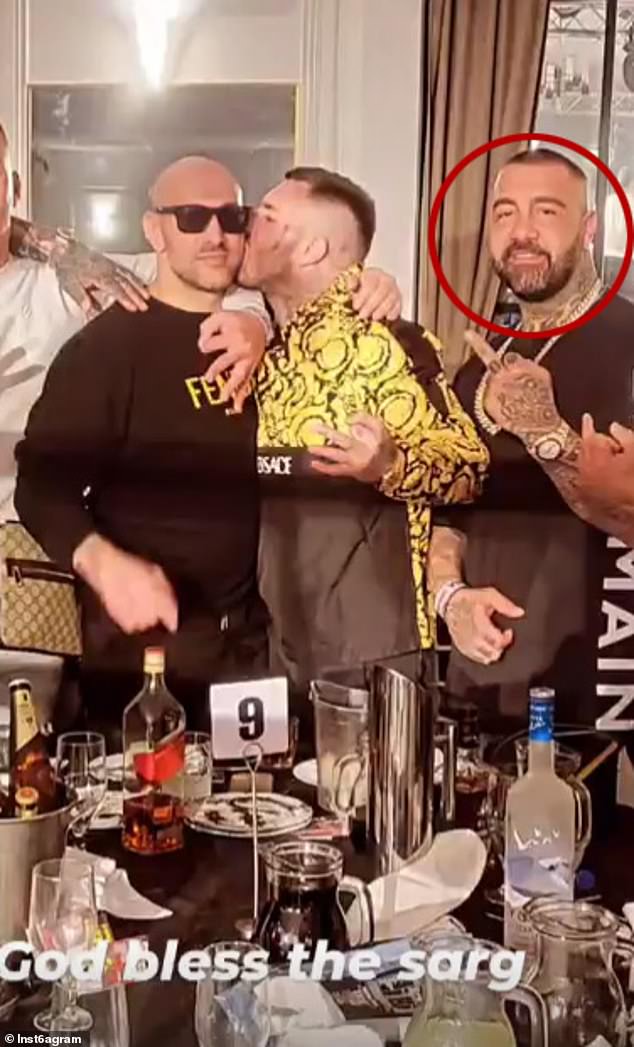 “He’s a very close friend of Tarek’s, he’s been close to the Comos (Comancheros) for years,” a source told the Daily Telegraph.

While he seemed happy doing it for the camera during the recent meeting, Lergou reportedly prefers to stay out of the spotlight.

In 2014 he was sentenced to a maximum of nine years after being convicted of attempting to import a commercial quantity of a border-controlled drug.

It was alleged that he was involved in dealings with two undercover agents “who posed as importers of 25 kilograms of cocaine”.

Lergou was released from prison just four years later after serving his time without parole.

But his freedom didn’t last long after he was charged months later Possession of a prohibited drug.

He spent two months behind bars and then got his parole revoked after he was caught driving with cocaine and methamphetamine in his system.

Zahed is currently behind bars after being arrested in a dramatic confrontation with police a week ago after returning to Sydney from Melbourne.

He was standing before Downing Center Magistrates’ Court charged with the murder of 29-year-old Youssef Assoum, who was stabbed and shot to death in Bankstown in December 2014.

His lawyers charged last week that they would be filing an application for bail in Bankstown Local Court this week.

Zahed miraculously survived an assassination attempt at the Bodyfit Gym in Sydney’s Auburn in May when more than 20 bullets were fired at the gym.

The ‘Balenciaga Bikie’ was hospitalized in critical condition and operated on for gunshot wounds to his head and body, including one that pierced his eyeball. His brother Omar, 39, was killed during the shooting.