A teenager has died after being electrocuted by power lines.

The 15-year-old boy was climbing and swinging near the Aurizon drawbridge, which spans Auckland Creek in the Queensland town of Gladstone, on Thursday when he touched one of the live wires.

The power pole is believed to have exploded after the boy accidentally touched the line, causing him to fall 10m into the stream below.

The Queensland Ambulance Service confirmed paramedics were called to the bridge just after 12pm to report the boy was in the creek.

Queensland Police said officers were at the scene and had escorted Aurizon staff to inspect the bridge. 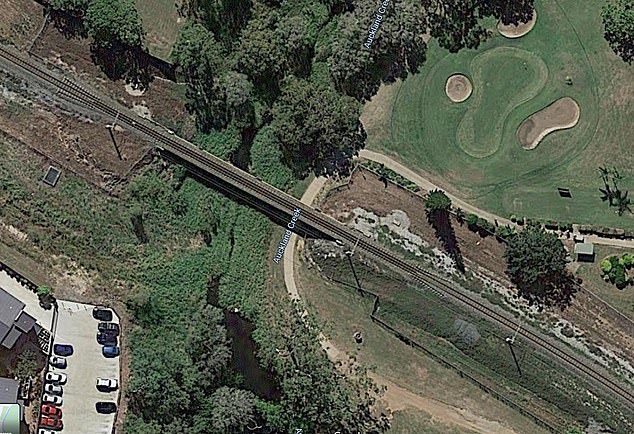 The drawbridge crosses Auckland Creek in Gladstone, Queensland, where the boy was electrocuted

A teenager who was with the dead 15-year-old speaks to police.

Aurizon is Australia’s largest rail freight operator, transporting more than 250 million tonnes of goods across the country each year.

The Company also owns and operates one of the largest coal rail networks in the world, connecting around 50 mines to three major Queensland ports.

The city of Gladstone, five hours north of Brisbane, is known for its mines and its port is the fourth largest coal export terminal in the world.

Jenson Brooksby stuns No. 2 seed Casper Ruud as he beats 2022 US Open finalist in straight sets