Goldman Sachs posted its biggest profit drop in more than a decade after suffering sharp falls in transaction and asset management revenues.

The investment banking giant on Tuesday reported fourth-quarter net income of $1.33 billion, down 66 percent from a year earlier and 39 percent below Wall Street analysts’ expectations.

“Goldman Sachs’ fourth-quarter results, which were widely anticipated as terrible, were even worse than expected,” said Octavio Marenzi, CEO of consulting firm Opimas.

“The real problem lies in the fact that operating expenses have skyrocketed by 11 percent while revenues have plummeted. This strongly suggests further cost cutting and layoffs,” he added. 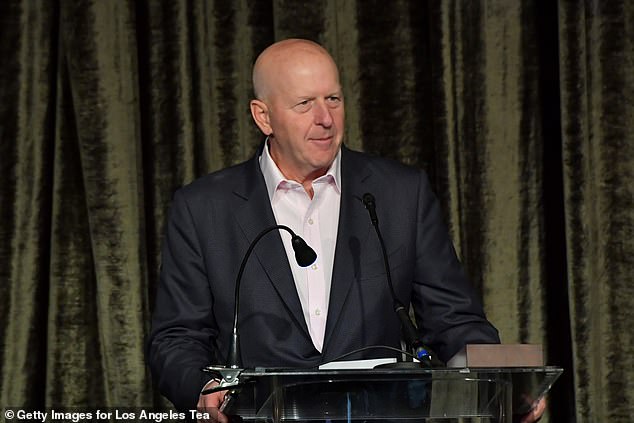 According to Refinitiv, the results marked Goldman’s biggest failure on Wall Street since 2011, and its shares fell more than 5 percent in morning trade.

Faced with falling deals and wealth management revenues, CEO David Solomon was forced to look for ways to cut costs and recently began shedding a workforce that had exploded in the wake of the pandemic.

Goldman and other Wall Street banks are severely cutting their workforce and streamlining operations as dealmaking activity, their main source of income, falters on worries about a slowing global economy and rising interest rates.

The full-year net loss for the platform solutions business was $1.67 billion, the bank said.

Goldman and other Wall Street banks are severely cutting their workforce and streamlining operations as dealmaking activity, their main source of revenue, falters

Goldman plans to halt lending to unsecured consumers, a source familiar with the move told Reuters last month, in another sign it is pulling out of its consumer businesses, including struggling online bank Marcus.

Goldman’s trading business was a rare bright spot as it benefited from heightened market volatility spurred by the Federal Reserve’s tightening monetary policy.

Meanwhile, total operating expenses at Goldman rose 11 percent to $8.1 billion in the quarter, a sign of rising costs that Solomon is trying to stem through layoffs.

In the layoffs that began last week, many Goldman employees received little notice and were fired without even receiving any bonuses for their work in 2022, the Financial Times reported.

Staff were reportedly stripped of meetings and phone calls, with their office badges deactivated as they were escorted out of the buildings. The company will also send personal items to the laid-off workers who were out of the office.

The investment banking giant reportedly planned to lay off around 6.5 percent of its 49,000 employees.

“We know this is a difficult time for people leaving the company,” Goldman Sachs said in a statement. “We are grateful for the contributions of all our employees and offer support to ease their transition.

‘Our focus now is to properly size the company for the opportunities ahead in a challenging macro environment.’

About a third of those laid off were from investment banking and global markets, and some of the laid-off employees also relied on the job for their visas.

Shilpi Soni, a former software engineer at the company, said that after being booted out of the company, she was desperate for a new job so she could stay in the US.

“I just want to share how quickly life can be turned upside down,” she wrote on LinkedIn. “I am proud to be the first person in my family to pursue a Masters in a foreign country.

“Coming from a rural family, it was a roller coaster of overcoming social and financial limitations to get here. Knowing where I started hurts to be fired.