‘No one will ever replace Sir David’: Strict winner Hamza Yassin says he would ‘love to carry on the wildlife presenter’s legacy – as he prepares for the Arena tour’

Hamza Yassin has said he wants to continue David Attenbrough’s legacy and show what nature means to him – as he and his Hello! Magazine cover stars prepare to perform on the Strictly Live tour.

The 32-year-old wildlife cameraman and CBeebies presenter – who is working on a book and more nature documentaries in 2023 – won the popular BBC dance show last month with his partner Jowita Pryzstal.

Talking to Hello! Magazine he was asked if he would one day replace Sir David, 96, who produced last year’s factual show Dinosaurs: The Final Day with David Attenbrough for the BBC, but said no one could ever follow in the veteran presenter’s footsteps. 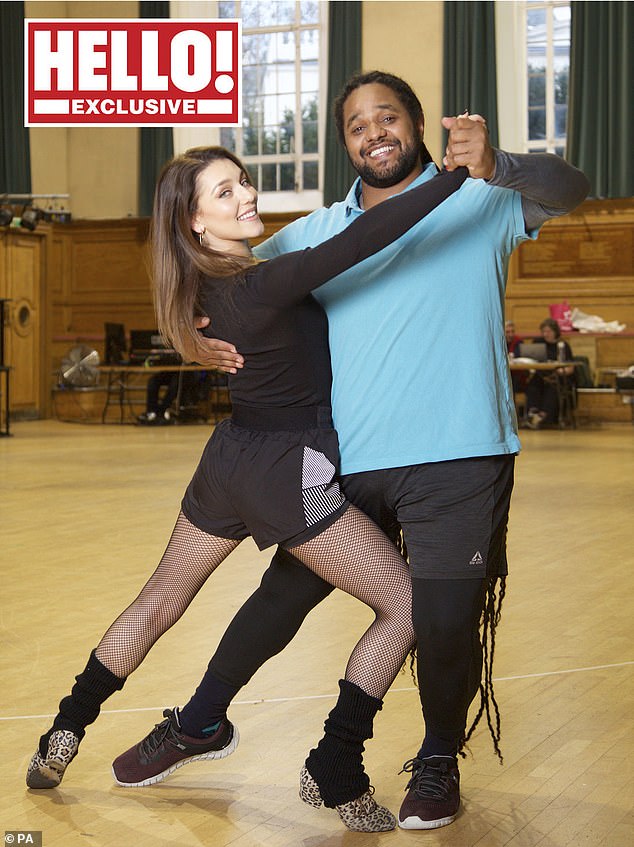 Honour: Hamza Yassin has said he wants to carry on David Attenbrough’s legacy as he prepares to perform on the Strictly Live Tour (pictured with dance partner Jowita)

Hamza said: “It is an absolute honor to have my name mentioned in the same sentence as Sir David.

“No one will ever replace Sir David. He is an absolute legend in this industry. I would like to show people what nature means to me and why we need to take care of it.

“Sir David sparked that interest in me and if I can I’ll take that baton and run with it as far as I can and then hopefully pass it on to someone else.”

The presenter and photographer is preparing to perform on the Strictly Arena Tour alongside Jowita, Helen Skelton and Kai Widdrington, who are filling in for show partners Gorka Marquez and Fleur East and Vito Coppola.

The UK whistle stop shows across the country will also feature Will Mellor and Nancy Xu, Molly Rainford and Carlos Gu, Ellie Simmonds and Nikita Kuzmin, and Tyler West and Dianne Buswell.

Elsewhere, Hamza’s dance partner Jowita, who is hoping to return to Strictly for the next series, admitted it would be “strange” not to dance with him.

The TV star also praised his dance partner, saying she taught him about himself and “a lot about empathy”.

He added that she also helped him deal with the pressure when they performed together during the show.

Whistlestop Tour: The Strictly Stars will travel across the country visiting venues such as the O2 Arena in London and the AO Arena in Manchester. pictured: The Hello! Magazine cover

Also in the interview, Molly and Fleur, who are singers, teased that they will be dueting during the tour.

Strictly’s live shows will open on January 20th at the Utilita Arena Birmingham and will be hosted by Janette Manrara.

The event will head to venues across the country including the First Direct Arena in Leeds, the AO Arena in Manchester and the Utilita Arena in Newcastle.

The Strictly stars will also head to the O2 Arena and the SSE Arena in Belfast before the tour concludes at Glasgow’s OVO Hydro on February 12th.

Read the full article in Hello! Magazine out now.

Winner: Hamza’s dance partner Jowita, who is hoping to return to Strictly for the next series, admitted it will be ‘weird’ not dancing with him (pictured with the glitter ball in December)