By Paul Newman for the Daily Mail

England yesterday made Haseeb Hameed captain of the Lions, backing him to play the expansive game he will need to force his way back into Test competition.

Hameed will lead the second row in two ‘Tests’ against Sri Lanka next month, with England confident he still has a future at the highest level despite struggling with two returns to the side as a difficult one A finger injury ended the dream start to his international match.

And the orthodox Hameed, who turns 26 next week, will be looking to continue the more expansive manner that was a feature of his game with Notts last summer as he tries to prove he can adapt to the ultra-attacking style the Ben Stokes and Brendon McCullum can customize Revolution test. 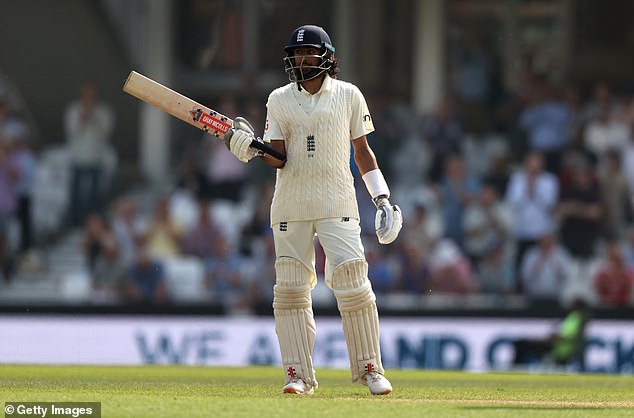 “Haseeb has built a certain reputation as an attrition hitter but after a difficult winter at the Ashes he came back to county cricket and coped really well with his personal disappointment,” said England performance director Mo Bobat.

“He adapted extremely well and played a progressive style all summer regardless of what Ben and Brendon were doing. You only have to look at his numbers to see that he’s hit a decent number of runs at a decent rate. He went back to some of the attacking options I saw when he was much younger.

Hameed and white-ball captain Tom Abell will be joined by a new Lions coach in Neil Kileen, who replaced Jon Lewis as England’s top fast bowling coach this week. And they will have a familiar face in Sri Lanka in Graeme Swann, who continues in his advisory role.

“When Rob Key started last year we talked about getting the right characters and personalities around our players, people who embody the kind of cricket we want to play and Swanny came to mind,” said Bobat.

“He brings great energy and you want that around because it’s contagious. It just seems like a no-brainer to have him around our players.

Bobat reacted to Sussex’s imminent signing of Steve Smith, Sportsmail revealed yesterday, by insisting it will not affect England’s Ashes chances. But he admitted he was “disappointed” that English players are not treated in the same way.

“Any good player who comes to our home system will raise the standard, so it’s good in many ways,” Bobat said. “You could argue that it will help him prepare for the Ashes, but if we reach our potential we can compete with anyone, so that’s all we can focus on.

“It’s disappointing that our players aren’t given the same opportunities. I would like to get more of our players into top-flight cricket abroad, but that’s notoriously difficult.”

https://www.dailymail.co.uk/sport/football/article-11632941/Haseeb-Hameed-captain-England-Lions-Test-tour-Sri-Lanka-month.html?ns_mchannel=rss&ns_campaign=1490&ito=1490 Haseeb Hameed has been named England Lions captain for their Test tour of Sri Lanka next month

The caretakers of missing four-year-old Athena Brownfield are arrested